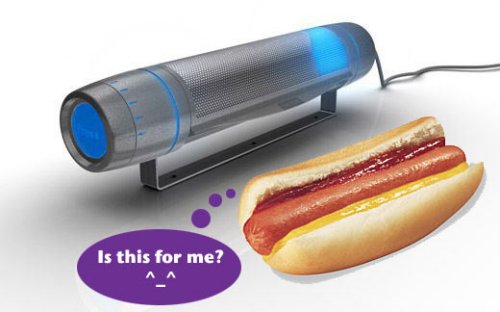 It looks like a flashlight with a cord attached, but that would be silly wouldn’t it? Almost as silly as the microwave concept that it really is. It was designed by Martin Zampach, and this microwave is far from traditional.

If your one of those types whose diet consists entirely of hot dogs, sausages, sticks of bread and the like, it would probably work out well for you, despite the fact that your heart is about to burst. I’ll stick with the traditional microwave, just a little while longer.