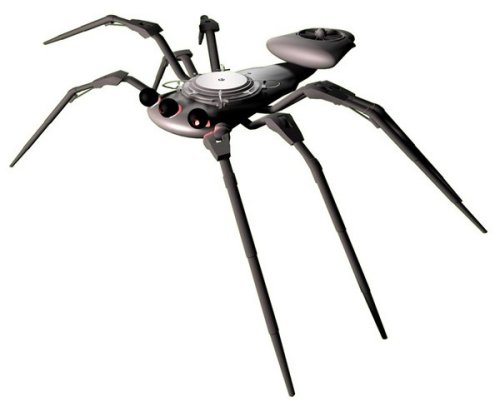 We’ve seen tons of spider robots throughout the years in all kinds of Sci-Fi flicks. Now they’re about ready to head from the big screen to creepy reality. BAE Systems is getting $38 million from the US Army Research Lab to fund the Micro Autonomous Systems and Technology (MAST) consortium; a team of scientists and researchers devoted to developing an “autonomous, multifunctional collection of miniature intelligence-gathering robots that can operate in places too inaccessible or dangerous for humans.”

It has to be some small relief to know that after the robot spiders gain self awareness and kill us, real spiders won’t be safe either. Unless the robot and biological spiders converge…Actually, you know what, none of this is good. It’s a good time to pack your truck for a little apocalypse vacation in the mountains, raise your kid and call him John Connor, then start killing ANYTHING with more then two legs. If it has two legs and an exoskeleton, even.