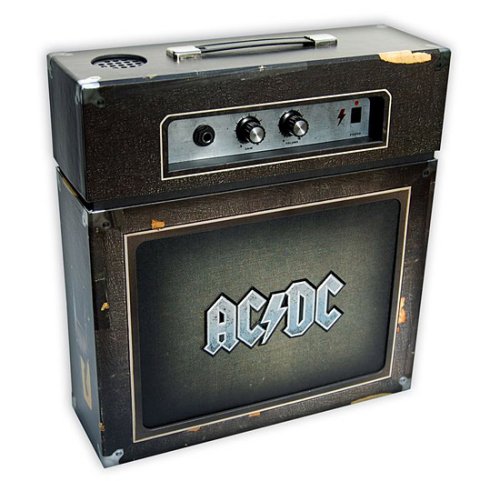 AC/DC knows how to rock and they have never slowed down. Only a super hard rocking band like them could put out a Box Set like this, which has to be the best Box Set ever. AC/DC’s Backtracks package obviously looks like a guitar amp. But take a closer look.

The top of the box is actually a working 1-watt guitar amplifier. This mini-amp won’t Shake Your Foundations, or even bother the neighbors, but who cares. It’s a real amplifier. You can’t get that on iTunes people. For $199 you get three CDs and two DVDs of rare tracks from the band, a 12-inch vinyl LP, a bunch of memorabilia and a 164-page hardbound book.