Posted in Weapons by Conner Flynn on February 1st, 2011 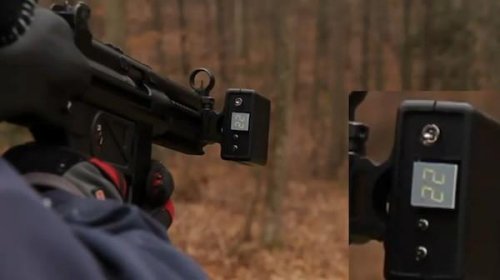 You’ve seen all of the ammo counters on the various shooters that you’ve played and now a similar ammo counter is available for automatic weapons, thanks to a DIY project by Michael Ciuffo. So now when out on the firing range, you can be aware of your ammo situation just like in the games.

An accelerometer detects the gun’s recoil and keeps count, so it can be calibrated for different weapons. Michael has received enough enquiries about this that he is going to start producing it for the mass market soon.