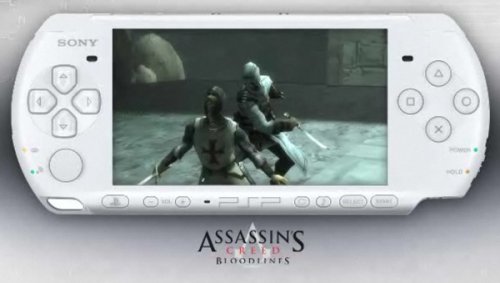 Check this out. Apparently UMD isn’t dead just yet. Cold and possibly maggot ridden, but not quite dead. Sony just let loose some details on the Assassin’s Creed: Bloodlines PSP Entertainment Pack. You’ll get the ghostly white PSP-3000 and 2GB Memory Stick PRO Duo, plus an unnamed feature film on UMD. For $199.

Weird huh? Even with the PSPgo, Sony is still trying to unload movies on UMD. The proprietary format that no one wants or supports. Will they ever learn? What are they thinking?