Posted in Mobile Phones by Conner Flynn on May 21st, 2009 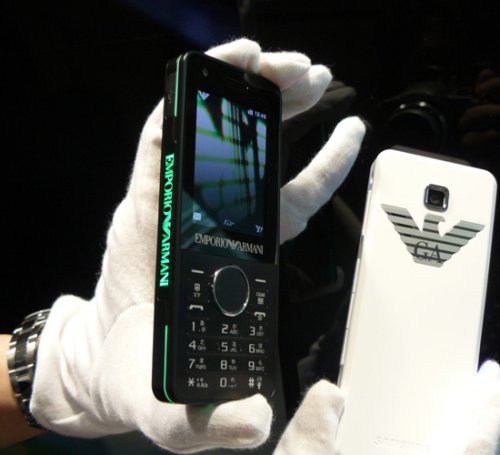 Behold. A fashion phone so awesome in it’s fashion-i-ness that it must be handled with a glove at all times. If it’s fashion-overkill design were to touch your bare skin, it would burn you much in the same way that dry ice can burn you. That is to say, nobody really understands it, but we simply respect it’s awesome power.

It comes from an unholy alliance between Japan’s Softbank and fashion label Emporio Armani. The new handset is called the 830SC Emporio Armani Model and was specifically designed for the Japanese market by Giorgio Armani himself. 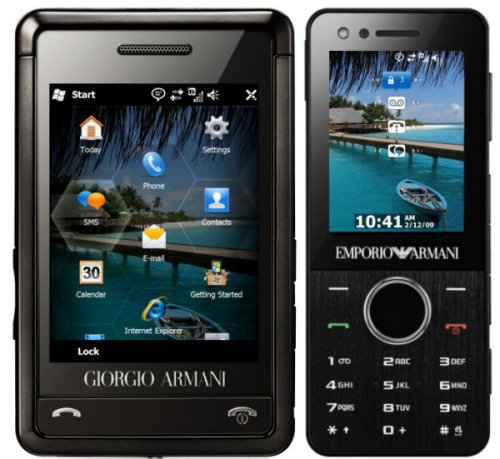 Looks like there’s a new Samsung Armani phone coming from Samsung, and this time it will be powered by Windows Mobile 6.5. This according to an interview with Samsung Taiwan mobile marketing department director Ryu Jae-hyun.

The new smartphone is apparently scheduled for launch this fall, and users everywhere are hoping that the Armani/Samsung collaboration will offer a little more than the older Samsung Armani handsets. The first full touchscreen Samsung Armani handset wasn’t much of a success when it was released back in 2007. The Samsung Armani Night Effect didn’t fair much better. 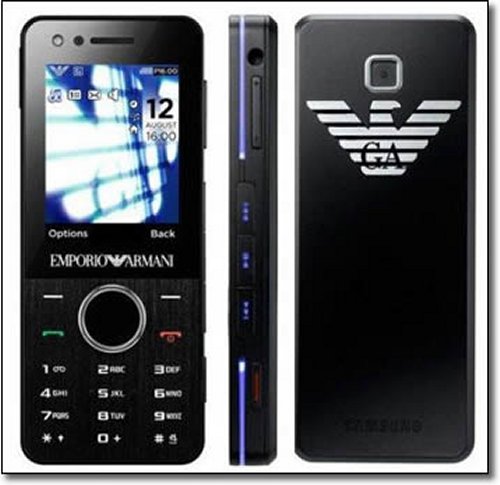 The phone comes with 2.2-inch AMOLED display screen, 3.2-megapixel camera, 120 MB internal memory, microSD card slot and supports HSDPA/GSM network. It’s by no means the top of the range in handsets, but it’s focus is on the beauty of simple design and ease of use.