Posted in Nintendo by Conner Flynn on March 27th, 2009 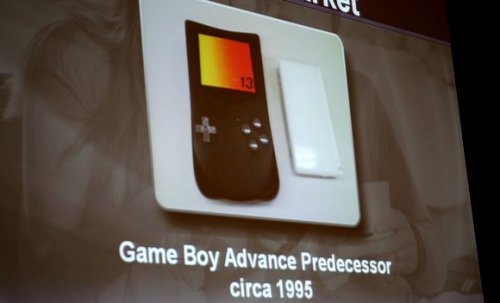 Today at GDC09, Masato Kuwahara, project leader on the development of the Nintendo DSi, gave people a first-ever glimpse at two Game Boy spin-offs that never were. The first a is hefty predecessor to the Game Boy Advance; the second a touch-screen GBA SP.

Kuwahara says that the unnamed Game Boy Color successor was in development in 1995/96 and based on a 32-bit ARM RISC processor. The second, more recent R&D project was essentially a Game Boy Advance SP with a touch-screen over its flip-up display. The guts of the unit were actually from a Game Boy Color. It “was not well received” by Nintendo management.