Posted in Automotive by Conner Flynn on November 22nd, 2009 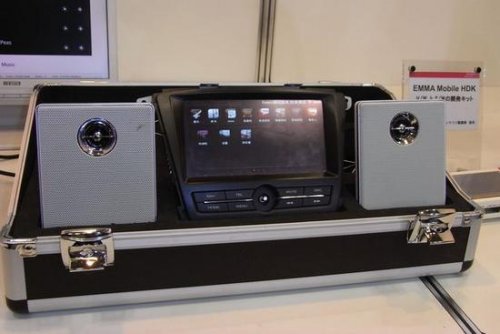 ArcherMind has just unveiled the result of their collaboration with Chinese hardware makers, the first in-car navigation system based on Google’s Android operating system. Embedded with an ARM core processor, the system was shown off at the Embedded Technology 2009 event in Japan.

It’s exciting because we’re talking Android, but some other features include an 800 x 480 resolution 7-inch screen, a navigation system that allows you to surf the web, write and receive SMSs and to play audio books. Using 3G Wi-Fi and Bluetooth the system also features a hard disk drive, and an SD card slot for storage.