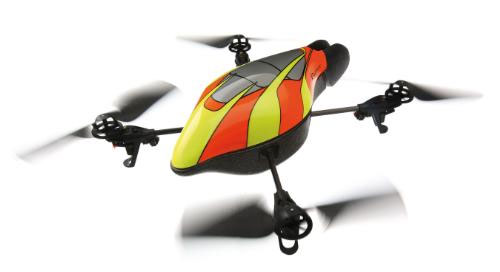 Parrot showed off its AR.Drone quad copter at CES for the first time and we were immediately enamored with the flying machine. The AR.Drone has turned up at E3 with the details we have all been waiting for.

The AR.Drone will ship in September for under $300. The copter lets players pilot using augmented reality using the iPod touch, iPhone, or the iPad. The copter has four propellers and a front facing camera that streams what the copter is seeing to the device controlling it. 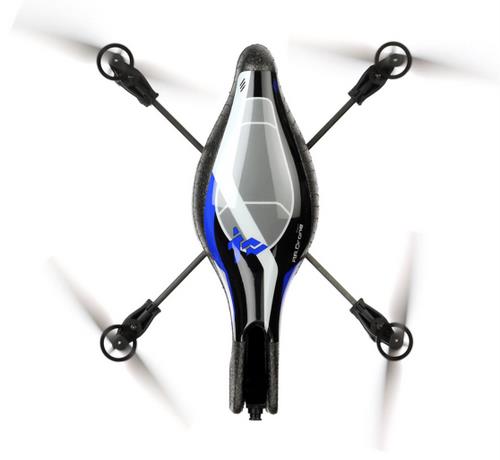 The folks at Parrot have released a new toy RC toy called the AR.Drone, a “quadricopter” that can be controlled and viewed with an iPhone or iPod touch through a WiFi connection. The AR.DRONE works like a remote control helicopter with four separate helicopter blades to maneuver the device, but that is definitely not what makes this copter cool.

What really sets this guy apart from the others is that you can control it with your iPhone or iPod touch using the built-in accelerometers which will sense which way you tip the phone and maneuver the AR.Drone accordingly. The quadricopter also has a couple of cameras on board, one for “seeing” what the AR.Drone sees real-time through the iPhone, but also another camera on the bottom which can track speed and help the ‘copter maintain a still flight.