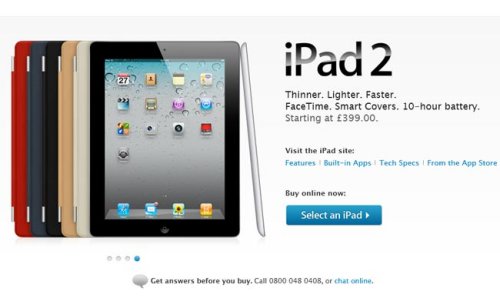 Good news for those in the UK, looking forward to the iPad 2. Apple has added the iPad 2 to its UK Apple store, as shown in photo below, with a convenient button that lets you “select an iPad”. Sadly it doesn’t seem like you can actually buy that selected iPad 2 just yet though, but it is expected to go on sale on Apple’s online store at 1AM in the morning tomorrow. Those in the UK can also buy one from Apple stores starting 5PM tomorrow on March 25th. 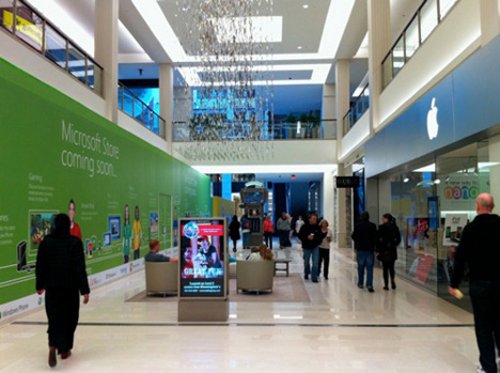 Microsoft is squaring off with Apple again in a high noon type of retail store showdown. The company’s upcoming store in the Mall of America in Minneapolis will sit directly across from the Apple store. The store is said to be twice as wide as Apple’s store, and it will apparently shut down ten times as often with a blue screen of death instead of a closed sign. Okay, I made that last part up.

We don’t know when the store will be open, but it might open before the Windows Phone 7 launch. Microsoft will also emulate Apple’s Genius Bar by offering an Answer Desk. 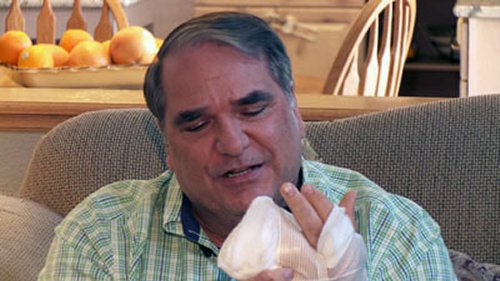 If you are the queasy type, you best move on some of our other news. For those with stronger stomachs, the story goes like this: A very nice Denver-area man headed to a local Apple store to pick up an iPad for a colleague. It was a nice thing to do. He was being a good friend.

He doesn’t even get what all the fuss is about with the device. He was just doing a good deed. So he buys the iPad and curls the strings of the Apple bag around his hand as he heads for the exit. This is where the story turns sad. It was then that a pair of thieves yanked the bag, stealing the iPad and all of the flesh around his pinky finger as they ran away.

If you want to import your photos onto your iPad then you’ll be happy to know that Apple has finally put the iPad Camera Connection Kit up on the Apple Store. You’ll be able to stare at pics of little Billy blowing out his Birthday candles or little Sally petting a goat at the farm. Whatever floats your goat, I mean boat.

The camera kit is only $30, but you’ll have to wait a bit as it ships in late April. But after that, you have a nice fancy digital photo frame. 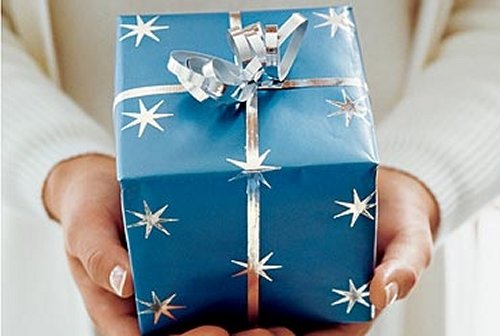 The Apple store is in a gift giving mood. Their gift to you? Not great prices, but a nice offer for those who are too busy to buy presents. The Apple store is offering free next-day delivery with no minimum order.

With this deal, you can shop as late as 1pm on Dec 23rd, and still receive your order before Christmas. Of course custom configurations will take longer and probably won’t ship on time. Great for those who are too busy to shop around. 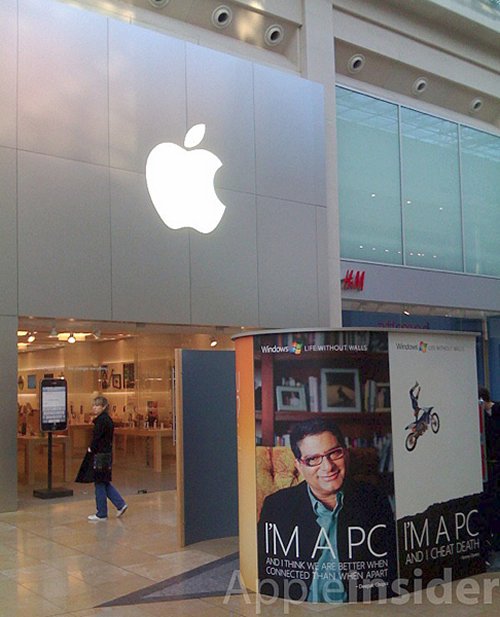 I had thought, or hoped that the whole Apple/Microsoft war was deflating. Sadly it looks like Microsoft just fired the next salvo at Apple. It’s parking “I’m a PC” recording booths outside of Apple stores. The one pictured is in Birmingham, England. The booth is staffed with three Microsoft peeps who will no doubt preach at you about the awesomeness of all things Vista.

The whole deal has to be like wandering into a Jehovah’s Witness den. You know you should run, but you’re too stunned at the fact that you ran into THEM for once, instead of them coming to your house. (Or appearing on your TV) They’re swell guys and gals. They’ll preach the word and even invite you to make a short video explaining why you are a PC. The bottom line here is that we can now look forward to more ultra creepy videos of mankind proclaiming that they are PC’s, when really they’re just people we need to have a restraining order on.