Posted in Legal by Darrin Olson on February 10th, 2008 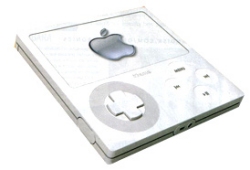 Now this doesn’t mean that Apple has any real games in the works, but it does certainly look like Apple at least wants to keep the space open for themselves with regards to games using the Apple name. The folks over at Trademork.com caught wind of a filing made last week by Apple to the USPTO to protect the Apple name as it relates to gaming hardware, including hand-held units, video game machines, toys and battery powered computer games, among others.

It wouldn’t be surprising to see Apple head this way with some type of iGames, however. In case you hadn’t noticed, they seem to have made quite a hit with handheld media players, the iPod if I remember correctly, and a certain touch-screen mobile phone seemed to also gain quite a bit of attention lately.