Posted in Concepts by Conner Flynn on August 14th, 2008 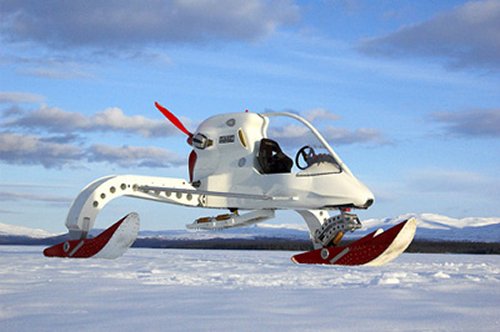 This concept ice vehicle from Lotus would be perfect for some Bond villain from one of the old movies. But it wasn’t developed by a madman wanting to take over the world, it was developed for Antarctica on the Moon Regan TransAntarctic Expedition. It can run on snow and ice, sitting on three skis like a snow mobile.

The vehicle gets it’s power from biofuel, but is propeller-driven and even sports an ice penetrating radar that is capable of detecting potentially dangerous crevasses. It was tested in Sweden so that it can withstand the harsh polar elements. I don’t care what they built it for, it would be hard not to beat up on this thing joyriding across the arctic.