Posted in Samsung by Conner Flynn on September 3rd, 2008 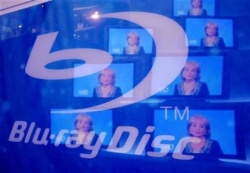 It doesn’t seem to make a lot of sense, but just after Samsung announced new Blu-Ray players, Andy Griffiths of Samsung UK made this comment: “I think it [Blu-Ray] has 5 years left, I certainly wouldn’t give it 10.”

Griffiths didn’t speculate on what might replace Blu-Ray, but maybe they know something we don’t. Or Samsung might just think that video downloads will be the future. Whatever the case, the comments don’t exactly make you want to rush out and buy a Samsung Blu-Ray player. Or any Blu-Ray player.