Posted in Motorola by Conner Flynn on January 19th, 2010 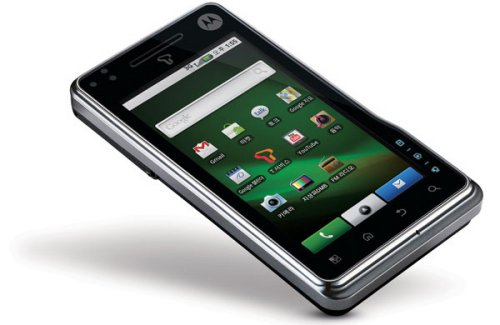 Motorola’s latest Android 2.0 handset, the Motoroi is headed to US shelves in March. So it’s not a Korean exclusive. Head of Motorola Korea, Rick Wolochatiuk, confirmed at the Korean launch that the new handset “will be launched in other markets around the world”. The US was specifically confirmed for a March release.

The Motoroi features a 3.7-inch capacitive touchscreen and can record 720p video with HDMI output. Onboard is also an 8 megapixel camera with Xenon flash.