Posted in Automotive by Conner Flynn on September 11th, 2008 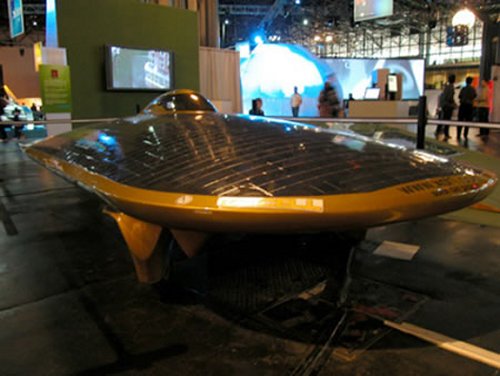 Marcelo da Luz is not an alien. He has never probed another living thing. In fact he loves his home planet so much that for the past two years he has been driving his solar powered car across the country. But when he reached the Sarah Palin/alien fearing state of Alaska earlier in the week, his UFO car was spotted by a concerned citizen who called 911 to report a UFO sighting. Nevermind that UFO’s reside in the sky and this was on the road.

Alaskan police are not the sort to let aliens roam their highways so they went into action, probably hearing 70’s theme music in their heads, and pulled over Marcelo for interrogation. Once they realized that it was yet another human on the open road, they let bygones be bygones and let him go. Marcelo has has been pulled over at least seven times thanks to his odd vehicle.