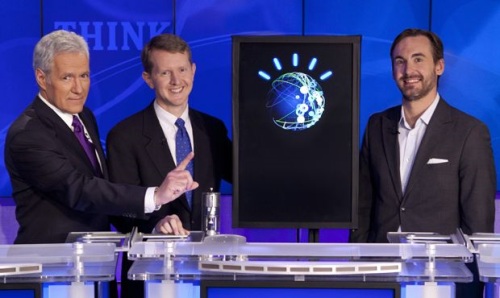 IBM’s Watson computer triumphed over its human competitors on Tuesday’s special episode of Jeopardy. The computerized trivia-playing machine finished out with a total of $35,734 in winnings with the next runner up at $10,400 and 3rd place at $5,000. One more day of competition will determine an overall winner to a $1 million prize.

The man vs machine competition has drawn quite a bit of attention with two Jeopardy! champions taking on the IBM supercomputer named ‘Watson’. The first special episode which aired Monday night turned out to be the highest rated episode since early 2007 and the second most program of the night.