Posted in Digital Imaging by Conner Flynn on November 29th, 2009 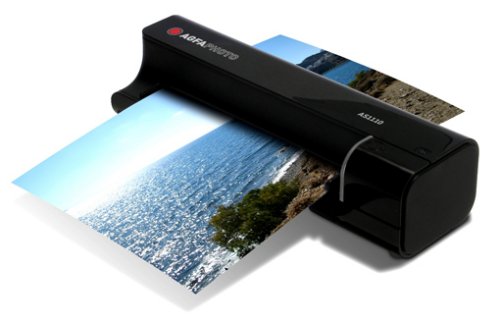 Most of us still have a bunch of old photos laying around from years ago, back before we had digital cameras. The AgfaPhoto AS1110 Photoscanner will help you convert all of your old paper prints into modern digital formats and it will also help you share them online or view them on a digital photo frame.

The AgfaPhoto AS1110 is a lightweight and compact scanner that can scan a 6-inch x 4-inch photo in less than six seconds. It will cost you $131 and uses Color Contact Image Sensor technology with a high quality resolution of 1800 x 1200px.

Intel is the biggest CPU maker in the world and is routinely far ahead of AMD, its closest rival, in sales. The poor global economy has meant that PC sales are down and that means that Intel’s CPU sales are down as well.

Intel announced the financials for Q2 2009 and reported a net loss of $398. The quarter also reports the $1.45 billion fine by the European Commission. Intel has revenue in the quarter of $8 billion and without counting the EC fine. The company had an operating income of $1.4 billion and a net income of $1 billion.