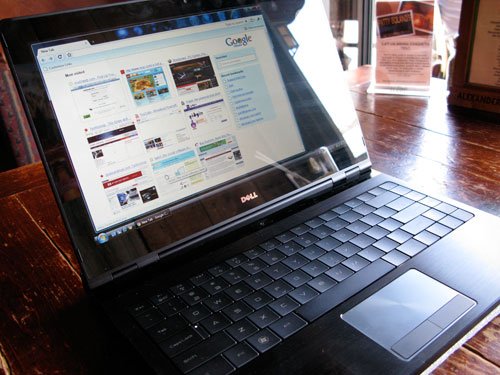 Dell has dropped the price of the Adamo 13 and they have also given it a major speed increase to keep it ahead of the MacBook Air. The price of the system has fallen from $1,099 to $899 while giving it the same specifications as the previous high-end model. Gone is the 1.4GHz, ultra-low voltage Core 2 Duo from the old versions and it has now moved up to the faster 2.13GHz chip.

Other specs include a 128GB solid-state drive, 4GB of RAM, 64-bit Windows 7 Home Premium, two USB ports (one with eSATA), Ethernet and DisplayPort. The six-cell battery is built in, but can last for as much as five hours.