Posted in Games by Conner Flynn on September 17th, 2008 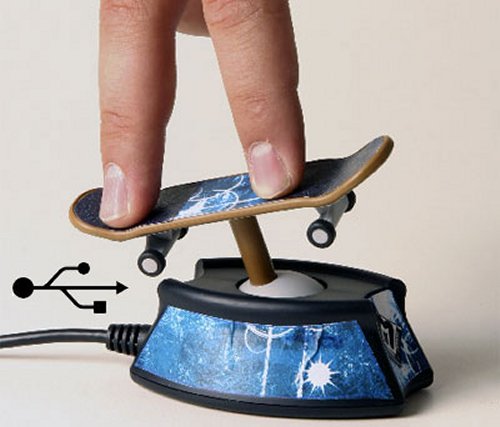 So, we all know that motion controls like Nintendo’s Wii are the future of gaming. The Stix controllers even took a stab at it for the PC. Actiga has an interesting take on it (We think) and has announced a new line of Mini-Motion controllers that will be available in different game categories.

USB controllers will be available for Mac and PC, that resemble such things as skateboards, RC Cars, baseball, and a racing vehicle. Each of the controllers connect via USB and will sell for $19.99. It’s unclear if the controller has games built-in or if they are simply controllers to be used with other PC games that already exist. I mean, we’re assuming these aren’t just glorified joysticks.