Posted in Displays,LCD by Darrin Olson on January 28th, 2008 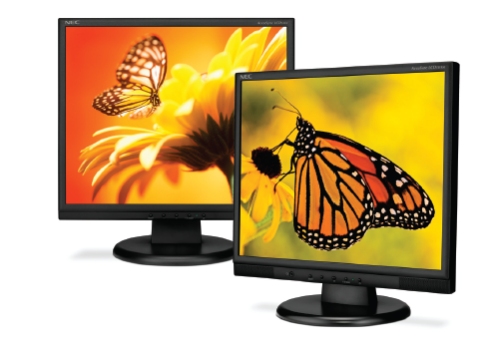 NEC rolled out five new LCD monitors today in the new AccuSync 3 lineup of desktop displays, replacing the monitors in the AccuSync 2 series. The new line of LCDs boast brighter displays than their predecessors along with improved contrast while giving a no-frills display for a reasonable price.