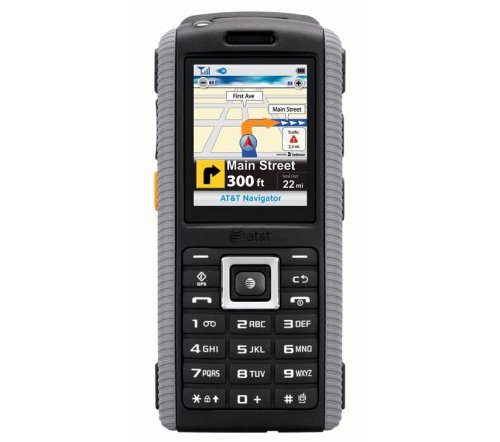 AT&T just launched the Samsung A657, adding another push-to-talk handset to their lineup. The candybar is a tough one that comes with a rubberized shell that meets US military standards for shock, moisture, temperature and other rough stuff. No camera here though.

And since it’s rugged, why not throw in a flashlight. They did. That way while doing all of the rugged, rough and tumble things you do, you’ll be able to see what’s around you at night. Some other features include Bluetooth, 3G support, GPS mapping and a microSDHC memory card slot.