Posted in BlackBerry by Darrin Olson on May 12th, 2008 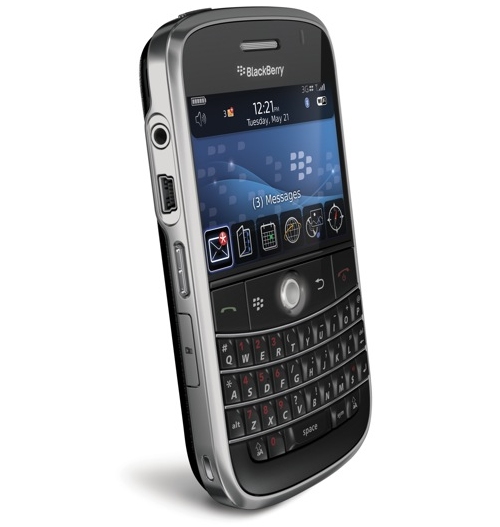 Here it is. RIM has finally taken the wraps off the Blackberry 9000 we’ve been hearing rumors about and officially launched the Blackberry Bold. Reportedly the latest smartphone from Research In Motion gets the “Bold” name from the exceptionally crisp and bright display that comes with it.

That display comes as a 480×320 pixel, 65,000 color VGA screen that according to Crave is better than anything else they have ever seen. The other most notable feature is the wireless connection options available on this guy. It’s a GSM 850/900/1800/1900 phone and has HSDPA/UMTS (850/1900/2100) support which has never before been available on a Blackberry, and apparently they’ve done it right without sacrificing battery life in the process. Let’s also not forget that the Blackberry Bold is also connected via Wi-Fi (a/b/g), Bluetooth 2.0 and GPS.