Posted in Mobile Phones by Conner Flynn on May 15th, 2008 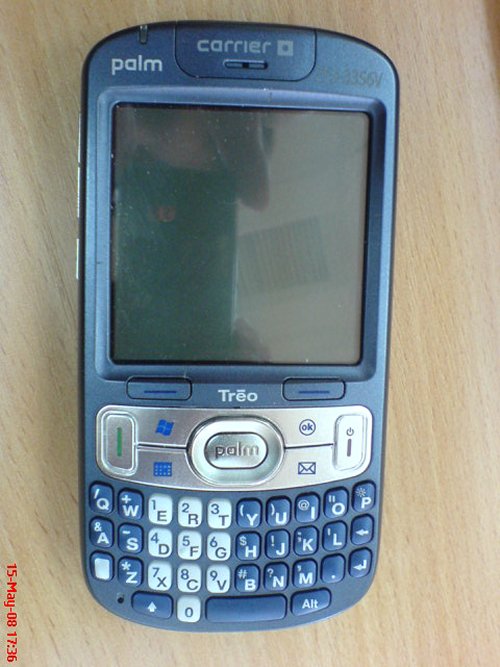 An image that is supposedly a prototype Palm Treo 800w in the wild has been leaked, along with a name. The “Zeppelin”. That’s right, it shares it’s name with the large air vehicle. The kind that ends up in flames.

Very little of the hardware has been confirmed, but it’s CDMA and there’s a microUSB plug. Rumors suggested a 320 x 320 touchscreen and, in prototype form, EV-DO Rev.0. We think this is the first time it’s been seen in it’s skin. Some estimates say that the eventual release date will be June 22nd. It looks like a blend of the Treo 750’s keyboard with Centro-like controls.