Posted in Clocks by Conner Flynn on March 8th, 2010 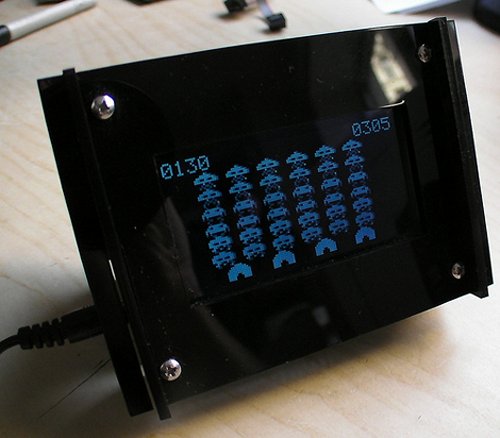 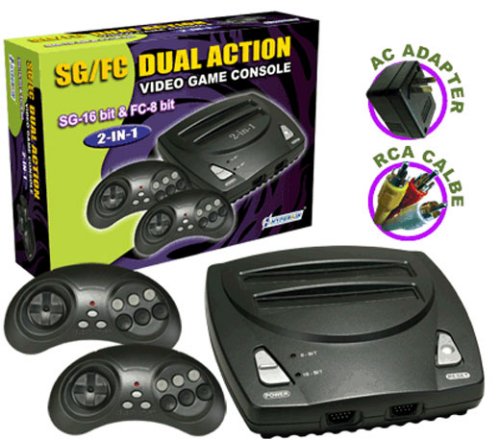 This Jekyll and Hyde system is called the Hyperkin SG/FC. It can play both Nintendo NES and the SEGA Genesis console games. It’s basically just a console with both game slots built in. It connects to your TV via an RCA composite video output, and offers stereo audio output. The bundle includes a pair of joypads in the box, so you will be able to start playing all your favorite old school games right away. An eBay search should find you the system for $35 to $45 bucks. 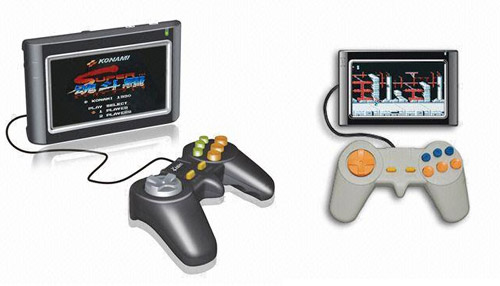 It sports a 4.3-inch TFT LCD Touch screen with 480 x 272 pixels resolution, powered by a Samsung ARM9 400MHz processor. The OS is Microsoft Windows CE.NET 4.2 and you even get a crappy controller for the games. Inside there’s a 64MB SDRAM ROM and 256MB NAND flash, and a high sensitive SiRF III antenna with 20 channels. It also has an AV-in port so if you get a rear view camera you can connect it to use the 4.3″ screen. 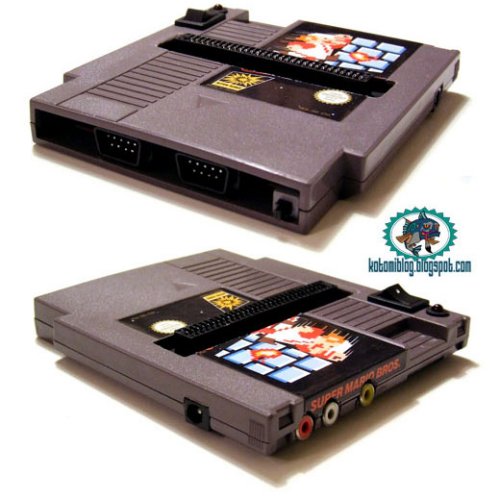 This awesome NES casemod might be one of the smallest ever. The builder managed to squeeze a fully-functional NES console into the body of a single NES game cartridge. The Fami-Card began life as an original Super Mario Brothers cartridge. French modder Kotomi went to town and ripped out the guts, transplanting them with the innards of a NOAC (NES on a Chip) system clone. 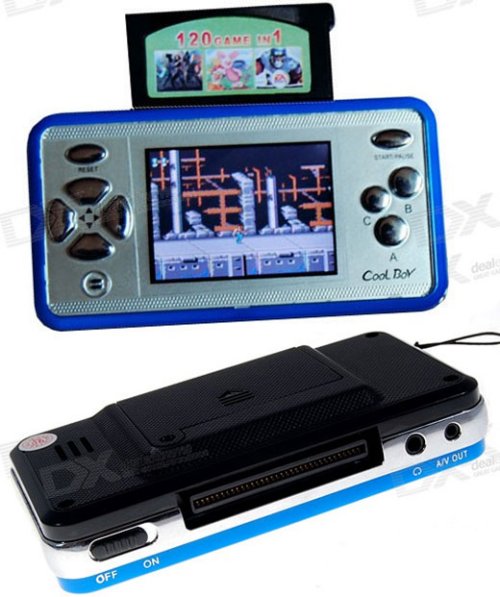 Here’s the latest in Chinese underground knock-offs. The “Cool Boy” wants to be a real living Gameboy so bad you can practically taste it. It manages to be completely un-cool despite the name and despite the fact that it’s a portable game system capable of playing a variety of old school 8-bit and 16-bit console titles.

Looks like the Cool Boy plays emulated NES and SEGA games. The kind you get from questionable sources in the dead of night, in a back alley, that usually have 120-in-1 cartridges that often violate copyrighted works from major game studios like EA, Nintendo and Disney. The system has a 2.4″ LCD screen with 480×240 resolution, and can even output to a TV via it’s built-in AV port. 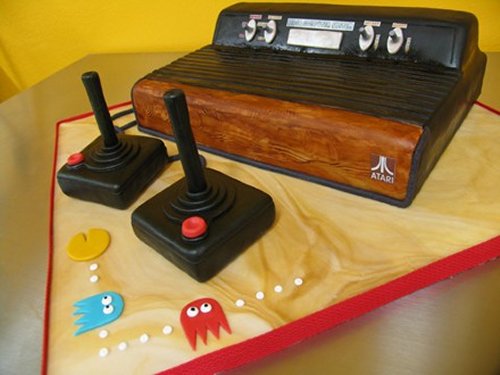 There must be something in the icing air lately. I thought that the R2-D2 cake we showed you last week was the coolest geek cake. But having a special place in my heart for the Atari 2600, I want to dig into this delicious cake made to look like the original Atari console.

What’s next? An NES and SNES cake? I hope so. I’m getting a sugar rush just looking at it in all it’s 8-bit glory. Ironically, the simple Pac-Man decorations along the side are an improvement on how that game looked on this console.