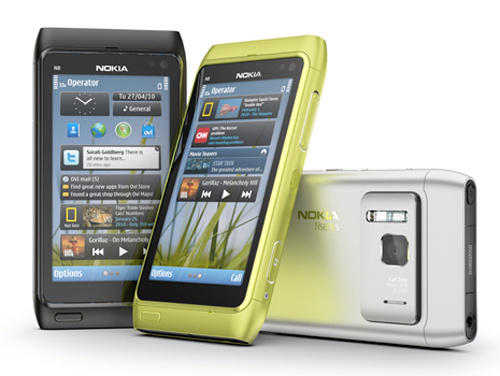 Nokia has now announced the N8. It has a 12MP camera with Xenon flash, and runs the Symbian^3 platform. In fact it’s Nokia’s first Symbian^3 phone. The camera has Carl Zeiss optics and the Xenon flash most Nokias are equipped with. It can also record video in 720p and with it’s HDMI output, can play footage on your HDTV.

Some other specs include a 3.5-inch capacitive touchscreen, 16GB of storage, expandable up to 48GB with a microSD memory card and free Ovi Maps is included.