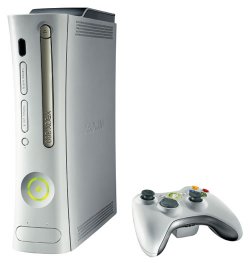 Microsoft has now confirmed a couple of rumors we had heard last week about a new 60GB Xbox 360 and a price cut for the 20GB model. Today the company made an official announcement of the release of a new Xbox 360 with a 60GB hard drive coming in early August to take advantage of the increasing number and size of games, video and music for the game console.

In the same announcement Microsoft announced that the 20GB Xbox 360 model is on its way out with a price drop to $299 while supplies last, which is $50 less than before. The Arcade version and the Elite will remain at $279 and $449 respectively.