Posted in Playbook by Conner Flynn on January 25th, 2011 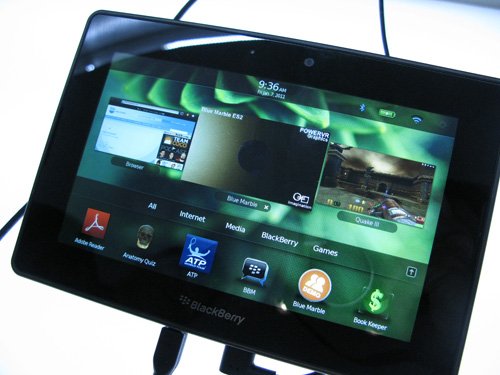 Things are looking up for the BlackBerry PlayBook from RIM. We know that it will have a comparable (or even better) battery life than the iPad. And now there is talk of a 6 million sales figure for the year ahead, according to RBC Capital Markets GM Mike Abramsky.

This figure comes from the data of an independent survey of 1,100 consumers that found out that 6% of respondents were likely to purchase the BlackBerry PlayBook as soon as it arrives. To put that in perspective, that is almost double the interest shown ahead of the iPad’s launch, so when you extrapolate that you get 6 million. Can RIM actually get those sales?