Posted in iPod Accessories by Conner Flynn on September 26th, 2010 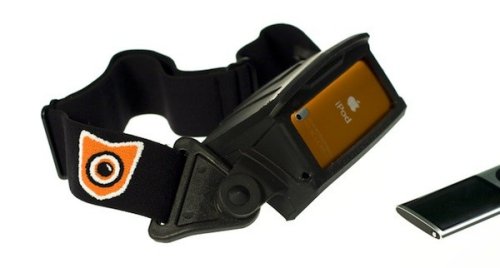 The current iPod nano may be better suited as a watch, but Rampant Gear isn’t done with the 5th generation iPod nano just yet. The company has just introduced its new Rampant View harness/headband which will turn your nano into a head cam.

Obviously it isn’t the best head-mounted camera option, but it is cheap at $35. You probably already have the 5th gen nano, so you might as well pony up the dough and capture some cool video.