Posted in iPhone by Darrin Olson on June 9th, 2008 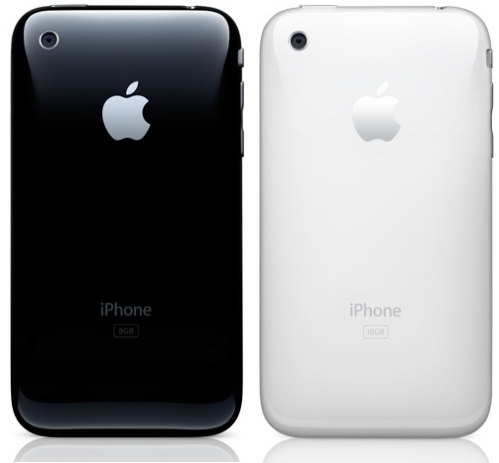 Steve Jobs and Apple officially announced the new iPhone 3G today set to ship July 11, Shortly after the 2nd version of the popular mobile handset appeared on the Apple Store giving some long-awaited answers and putting many rumors to bed about the changes to the iPhone.

Lots of applications and lots of games were highlights of the presentation today for the iPhone, showing off what can be done and what has been done with the iPhone SDK. Also included in this model is GPS mapping, support for more business-centric applications like Microsoft Exchange and of course the faster 3G wireless connection. Based on these features it’s very apparent that Apple was listening to requests and complaints after the launch of the original iPhone. Major issues like a maps with no GPS and an internet browser with too slow of a connection to use are no longer, or at least much less of an issue. 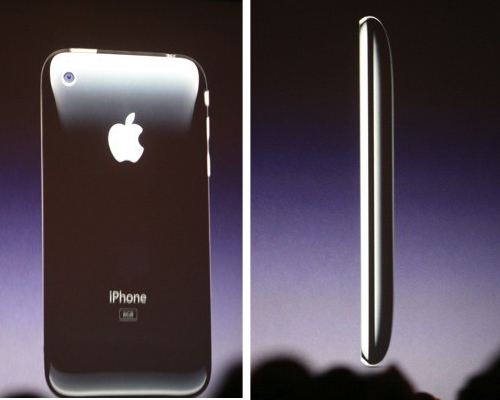 Today at WWDC Steve Jobs made the official announcement we’ve been waiting for – the 3G iPhone. For the most part the new model looks very similar to the original, but along with the high speed connection Apple did add in some other improvements.

Some of the new features highlighted today include a full plastic back, improved audio, a flush headphone jack, even thinner edges, solid metal buttons, GPS and all of this for a $199 price tag for the 8GB model. Apple is boasting that with the new 3G connection web pages load 2.8 times faster than the previous iPhone model and is faster than both the Nokia N95 and the Treo 750. The battery is expected to give 5-6 hours of web browsing, 8-10 hours of talk time (5 hours of 3G talk) and 24 hours of audio playback on a single charge.

END_OF_DOCUMENT_TOKEN_TO_BE_REPLACED
Permalink | Comments (1) |
Posted in iPhone by Darrin Olson on May 14th, 2008

Apple has put out an official announcement that Steve Jobs and a number of other suits from Apple will be kicking off the Worldwide Developers Conference this year in San Francisco. The press release says that this years conference will showcase both the OS X Leopard and the OS X iPhone, but we’re thinking there will be a new iPhone announcement, too.

The event meets the expected timeline for the launch of the 3G iPhone, the UK has run out of iPhone stock and we wouldn’t believe that Jobs would launch the 3G version overseas before launching it stateside first. WWDC 2008 runs for five days from June 9th to June 13th with the keynote from Jobs and crew on the 9th starting at 10am; we’ll be listening.