Posted in Home Theater by Conner Flynn on June 17th, 2009 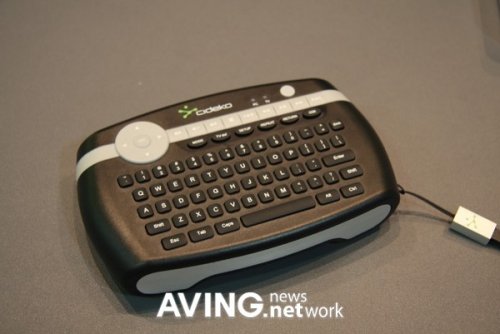 Some of you want something more in your HTPC keyboard than just a multitouch trackpad. Lucky for you, Cideko has your back. Their Air Keyboard has a built-in 3D mouse that will have you waving it around and hitting people in the head. But that;s not all.

It also features two gamepad-style buttons in place of standard mouse buttons. Other than that it has all of the usual media control buttons, and a range of 50 meters. The battery life is 50 hours. 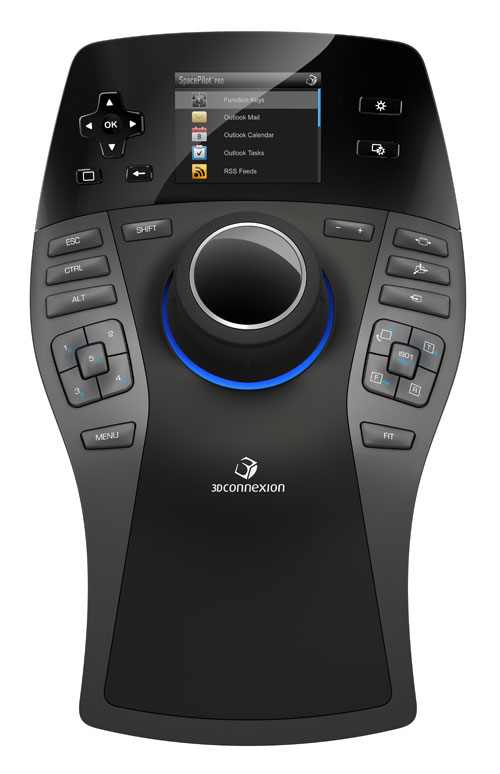 It’s been a long time now since Logitech purchased 3DConnexion, the company that makes those somewhat odd 3D mice. The company was most well known for the short time that Second Life was a big deal with a 3D mouse that make traveling in the virtual environment easier.

3Dconnexion has announced its latest’s 3D mouse called the SpacePilot Pro. The massive device looks like it belongs in the space shuttle with a design more like a game pad than a mouse. Features include a large color LCD screen that shows function key assignments and direct access to applications like Outlook, calendar, and tasks list.