Posted in Mobile Phones by Conner Flynn on August 13th, 2008 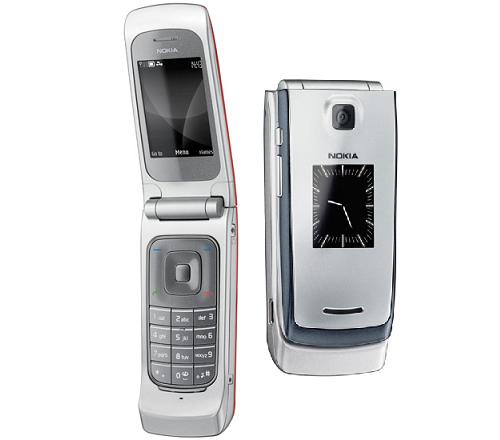 The Nokia 3610 Fold is an interesting handset just announced that features dual screens. The clamshell design features ergonomics that Nokia is calling “understated elegance.” Outside you’ll find a 1.3 megapixel camera with 6x digital zoom, along with the external display.

Inside you’ve got a 2-inch, 262K color screen and the Nokia phone softkeys. It also supports up to 4GB microSD cards. It gets released officially in the third quarter of this year at $186. While I wouldn’t call it sexy, it does have a certain charm. It’s aimed squarely at those who just want basic features without a bunch of bells and whistles.