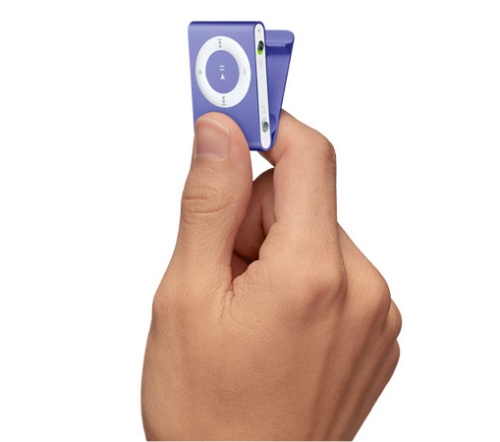 Hold the phone. If you just saw our post about Apple dropping the price of the 1GB shuffle to $49 and were contemplating picking one up, you may want to consider forking out another $20 and getting double the storage. This morning Apple launched a brand new 2GB iPod shuffle for $69 which is still less than yesterday’s $79 price for the 1GB shuffle and can house closer to 500 songs on a tiny player that clips almost anywhere. Apple says the new 2GB shuffle will be available yet later this month, coming in all the same colors as the 1GB, including the RED version. (The lower priced 1GB is available now.)