Posted in Microsoft by Conner Flynn on March 28th, 2011 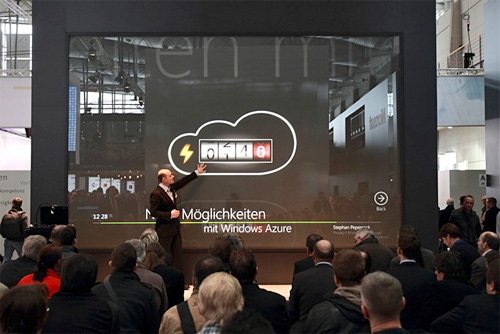 It has more area than anyone, even an NBA player could touch, but we assume that the touch functionality goes all the way to the top. Pretty impressive if you are the Jolly green giant.