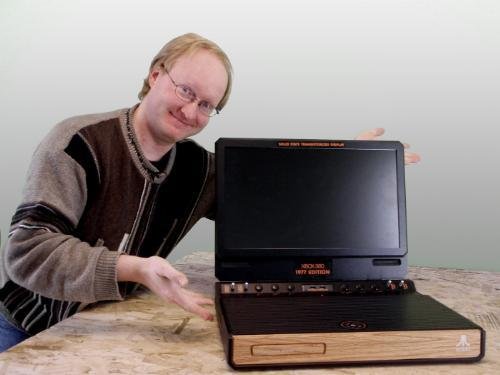 Ben Heck, the man behind thousands of awesome mods is back. This time it’s an old school 1977 Atari merged with the Xbox 360 in a laptop kind of deal. This custom mod looks just like Atari would have made the device had they been capable.

It will handle all of the newest games and the old, including Yar’s Revenge and Star Raiders. In his latest show, he takes viewers through the entire build process. The final build is a thing of geek beauty. He has done it yet again.