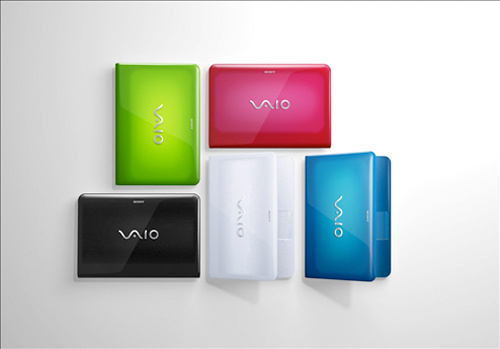 The E-series Vaio range which was first announced in February, now has two new sizes. There’s a 14-incher and a 17-incher. Both feature Blu-ray drives and the 17-inch model has a Core i5 chip.