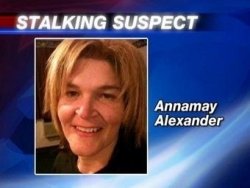 Here’s an interesting story involving Playstation Home. The police are looking for a 43-year-old mother of three in Oklahoma City for seducing a 14-year-old kid on PlayStation Home. No offense to the suspect, but looking at this pic, I’m hoping her avatar was a real knockout.

Annamay Alexander of Deltona, FL apparently met the kid on Playstation Home and started sending him messages and even a picture of her in her underwear. After that the nutjob traveled to Oklahoma to see him and met with his mom, though she claimed to be there to talk about the kid wanting to marry her daughter. Yes, she’s clearly not playing with a full deck.