Posted in Touchscreen by Nino Marchetti on June 25th, 2008 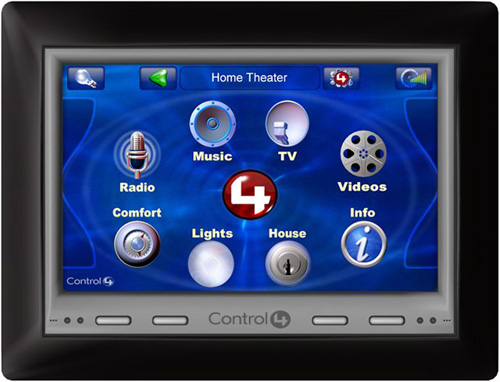 Those seeking complete keypad control of everything automated in their room know Control4 to be one of those who offers products for this. The company has announced a new in-wall touch screen, the Control4 7-inch POE Wall Mount Touch Screen, at around $1,200. 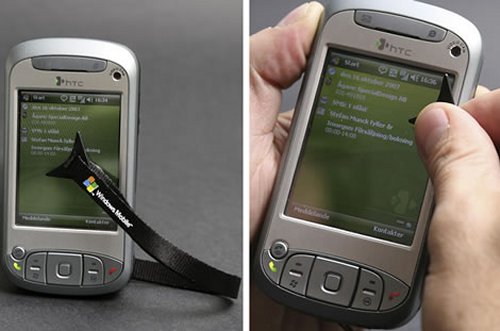 The Triforce Touchscreen Pointer has nothing to do with zelda, so you won’t have to go around collecting pieces of the Triforce. Despite having nothing to do with Zelda, it might be something genuinely useful. It’s an alternative to the traditional stylus, a touchscreen pointer for handheld devices like mobile phones and PDAs.

No more fumbling with your PDA’s long stylus and the lanyard means no more dropping it. No info on pricing yet, but it won’t be a lot. In fact expect to see these start showing up as promotional items and in swag bags everywhere. 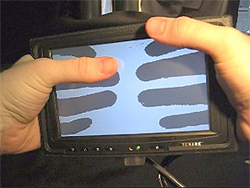 Mobile devices equipped with touch screens, such as the iPhone, are without a doubt a stellar forward progression in device interface that is very intuitive to users, but still have their faults. The technology behind the screens fault due to occlusion and the way in which the touch is mapped to cursor position making it sometimes difficult to make a selection, especially if you have large fingers. Enter LucidTouch, a technology in the works from Microsoft and Mitsubishi Electric lab research.

LucidTouch employs a pseudo transparency that displays the fingers as shadows from behind the screen but not other objects behind it. The shadow effect is essentially a feature designed to make the user experience more natural than simply displaying touch points coming from the back of the screen which might confuse a user as to which finger is associated with which dot, with the shadow transparency the user needn’t think making the UX more intuitive. A passive touch feature allows the user to utilize their thumbs in making direct touch selections from the front of the device which may be used simultaneously with other fingers at the back using the multi-touch ability of the device.