Posted in Sidekick by Conner Flynn on April 8th, 2009 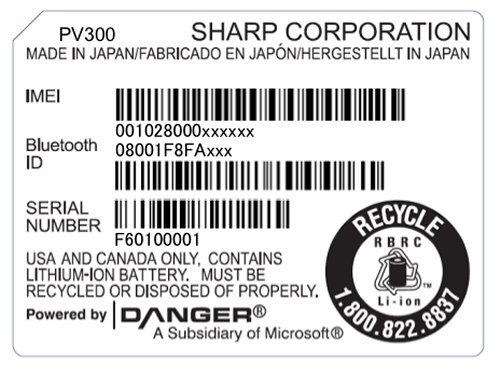 Been a long time coming, but Sidekick will be playing with the cool kids in the 3G club soon. The new device is waiting for FCC approval. Apparently the next Sidekick will be compatible with T-Mobile’s 3G network. The actual device is coming from Sharp.

Danger was bought by Microsoft in February 2008 and since then not much has happened. What this next device will look like is anybody’s guess, and how will the software compare to the competition? Neither Sharp nor T-Mobile have announced this device. 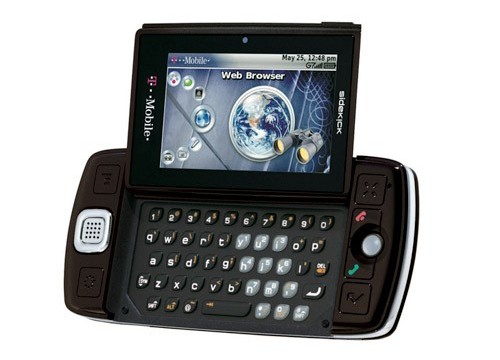 To address the numerous emails we’ve received over the past month after T-Mobile officially announced the Sidekick LX asking when it will be available, today is the day. The Sidekick LX is now available starting today from T-Mobile for $299 with discounts. It comes in colors of brown or blue and features a swivel screen and wireless Bluetooth.

The new LX is the upgraded model from the Sidekick 3 with a larger 3-inch QVGA display, 1.3 megapixel camera, an upgraded browser, push email, picture and text messaging, external caller ID and a media player for music but no videos. It also has a microSD card slot and comes with on 128MB card to get you going. 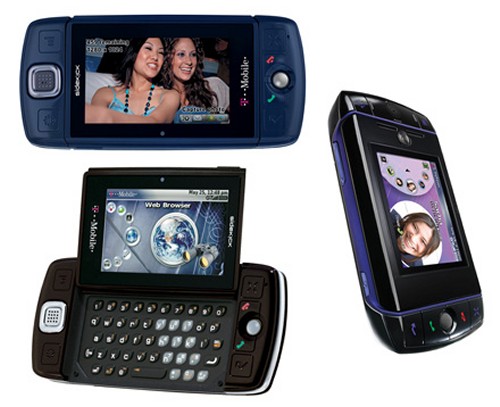 After quite a long time of speculation and rumored pictures, T-Mobile and Danger have unveiled both the Sidekick LX and the Sidekick Slide. The two new mobile communication gadgets are both pretty cool but might each be targeted to a slightly different set of people.

The Sidekick LX looks to be the new, latest and greatest Sidekick with a wider QVGA display, mood lighting with LED lights that blink with alerts and a 1.3 megapixel camera with flash. It also comes with a 128MB microSD card. The Sidekick Slide comes in a little smaller package measuring 4.6 x 2.4 x 0.68 inches and is from Motorola. It doesn’t have the swivel display like the traditional Sidekicks but also doesn’t skimp on features as its set up the same as the LX. 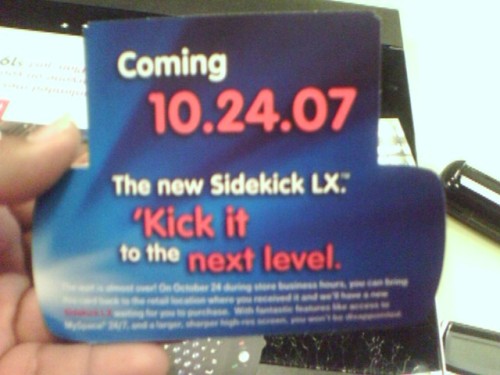 The folks over at Hiptop3 have come across some classically blurry rumor-mill photos of the new upcoming Sidekick LX along with an advertisement showing a launch date. The ad shows that the new LX will be available on October 24 where you’ll be able to “kick it to the next level”. So, to answer all of your questions about the release date; I would still file this under “rumors” but just over a month away is the best thing we could find so far.

The advertisement flier also states the that the Sidekick LX will feature 24/7 access to MySpace and a larger, sharper screen. The actual small-print text and an equally blurry photo of the Sidekick LX itself after the jump. 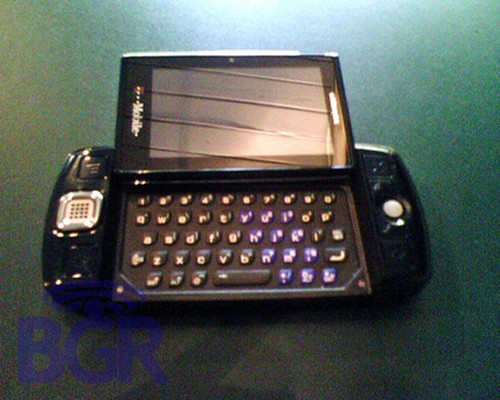 The folks over at HipTop3 came across some information on MySpace that leads us to believe that T-Mobile may be planning a launch party for a new Sidekick in October.

DJ AM, who has played for the previous T-Mobile launch parties of the Sidekick II and Sidekick 3, has October 16th blocked out for another private party with T-Mobile. This would also be good timing for the launch as well, with the holiday shopping season approaching. 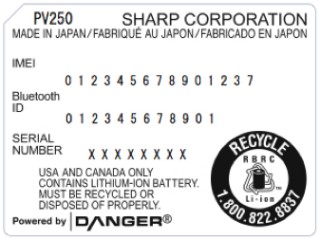 It’s still hard to say if this is going to be the actual next generation Sidekick 4 or if it’s going to be another staller like the Sidekick ID. According to Engadget this model, through the ID you can see on the label as PV250, is encouraging and has been dubbed “Shuriken” internally by Sharp.

The Shuriken model number is higher, which isn’t much of a good sign, but a good one nonetheless. The Sidekick 3 is PV200, and the Sidekick ID is PV150, so we have to agree that we like the direction this is going. Not too much new information is available in the way of features. We’re looking so far at a 3 inch widescreen display, microSD card slot, 1.3 megapixel camera and will be made by Sharp, … 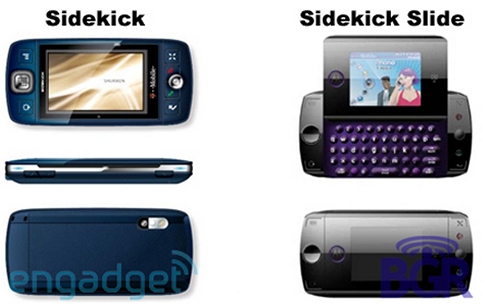 The Boy Genius Report is showing off a couple new possible versions to the popular Sidekick mobile device offered through T-Mobile. The images are merely renderings of what the devices might look like, but they are interesting nonetheless.

One is a slightly thinner looking model simply labeled ‘Sidekick’ which could possibly turn out to be a successor to the Sidekick 3 aptly named the Sidekick 4. The other is labeled the ‘Sidekick Slide’ and has a distinctive Motorola logo next to the screen, referred to as the Sidekick RAZR by BoyGenius.

Later on Gizmodo received some more details through a tipster on the Motorola labeled version claiming it is the Motorola Q700, or otherwise called the ‘Zante’. This device would be an interim device until the real Sidekick 4 launched.

The Zante is expected to launch around …