Did you see it? Asteroid 2014 DX110 was set to pass by Earth today and come within 216,000 miles of our beautiful planet. The Slooh Space Camera was set up to live broadcast starting at 4pm eastern time.  2014  DX110 is one of the closest asteroids Earth has seen in recent months. Many asteroids fly past us everyday but none come within one lunar distance of us, so this is a rare and exciting event. Watch the replay of the live stream here. 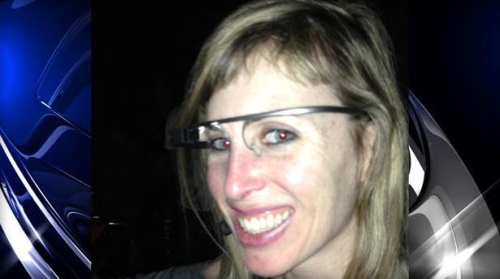 A woman posted on her Facebook page that she was attacked by fellow patrons as a result of wearing her Google Glass in a local San Francisco bar on Friday. Sarah Slocum posted that while wearing the device she was confronted by two women and then had the wearable device ripped from her face by a man.

“OMG so you’ll never believe this but… I got verbally and physically assaulted and robbed last night in the city, had things thrown at me because of some *** Google Glass haters …”

From witness reports, it appears many people were interested and excited to see the new technology in action however others nearing the “last call” expressed concern about being video recorded in public which prompted a fight outside the bar between another man and Slocum’s male companion. … 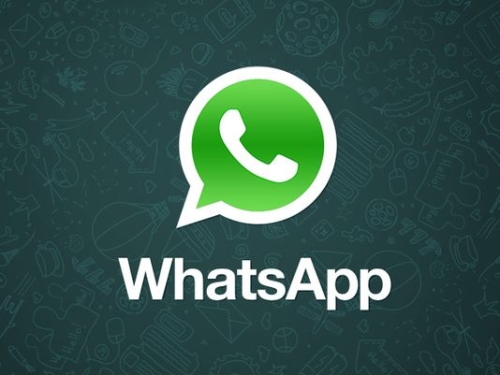 Not even a week has gone buy since Facebook announced the acquisition of WhatsApp for a whopping $19 billion and they have already announced plans to add voice calls to the already popular WhatsApp service. Jan Koum, founder of WhatsApp, however has assured the media that no additional changes such as Facebook advertising is planned for the application, which was an immediate concern for many already using the WhatsApp service.

WhatsApp has been much more popular in Europe and other emerging economies and only just recently has been catching on more in the U.S. To put in perspective for those in the U.S., WhatsApp already has about twice is many users as Twitter at 465 million over a month, and costs users $1 after a free year trial. 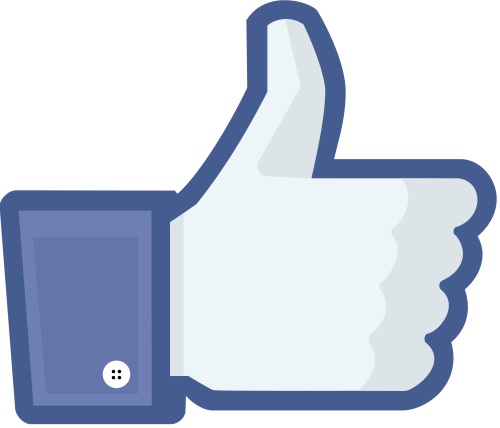 Monday morning it appears Facebook is having a relatively widespread issue with status updates. If you ran into it this morning, apparently you are not the only one. Reports across the country have been posted online stating the issue. We encountered a message this morning when trying to update a status and received the message: “There was a problem updating your status. Please try again in a few minutes.” Others have reported the updates with no error message, but the updates ultimately do not happen.

No message from Facebook officials as of yet as to when it will be resolved or how widespread the problem is. 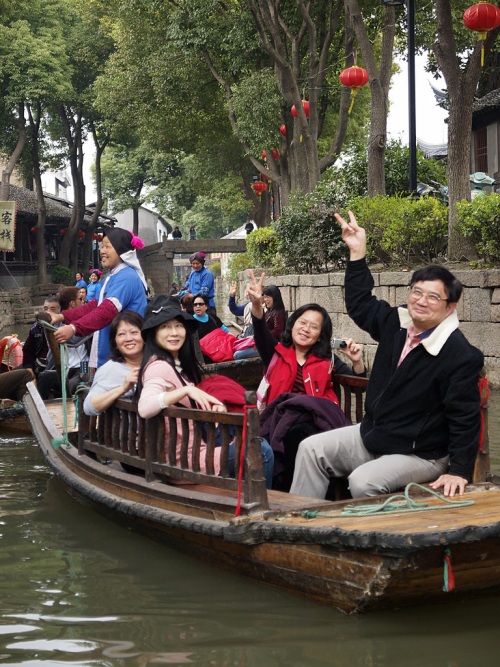 In recent news a software developer has been discovered outsourcing his job to China. The company identified the crafty programmers scam when it allowed Verizon to start monitoring its VPN connections and identified an open and active VPN connection from Shenyang, China.

How did he spend his days? His internet history shows a penchant for cat videos and Reddit (one and the same really). Evidence has shown that he may have been using the same scam with other companies in the area.

To top it off his performance reviews cited well-written code. A job well done I say. This guy should get a promotion. 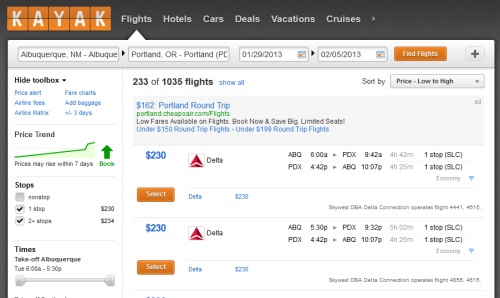 Booking a flight can be a stressful experience. Ticket prices can fluctuate dramatically and you never know what time is the best time to buy. To help alleviate ticket-buying stress KAYAK has a launched a new price forecasting tool that will predict whether the prices in your search are likely rise or fall over the next week.

In addition to the fare history chart we’ve provided for some time, KAYAK flight search results now include a forecast of whether the prices in your search are likely to rise or fall within the next 7 days. The feature also provides the statistical confidence level behind the forecast. 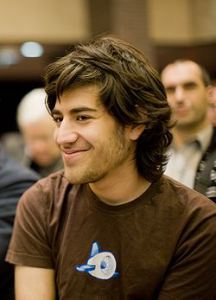 Digital activist and cofounder of Reddit, Aaron Swartz died on Friday after committing suicide according to a relative of Swartz. Along with co-founding Reddit, Swartz was the founder of DemandProgress.org, co-creator of the RSS 1.0 standard at the young age of 14 and was a strong proponent of Internet freedom.

Swartz was arrested in 2011 for accusations of stealing more than 4 million documents from MIT and JSTOR consisting of articles, book reviews and academic partner journals. He would have faced as much as $2 million in fines and as much as 50 years in prison if convicted. Swartz pled not guilty in September of 2012.

The news of Swartz death comes only two days after JSTOR announced that it will be releasing more than 4.5 million articles to the public.

This is the first post in a while. We’re just trying to fire this up again…. 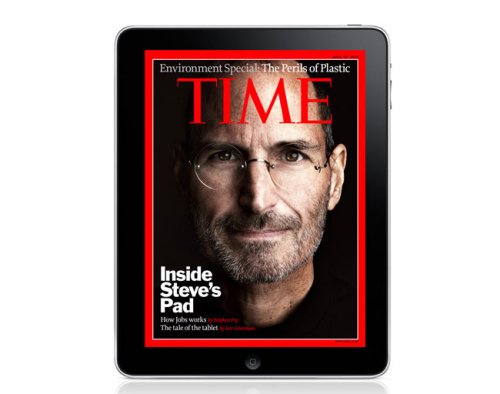 If you are a fan of Time Inc’s publications, you’ll be happy to know that it will be bringing all its 21 publications out as tablet editions before the end of the year. Time Inc. is the first major U.S. magazine publisher to make all of its titles available specifically for tablet devices.

Time Inc. has also announced a new agreement with Barnes & Noble to sell digital subscriptions of its publications on the NOOK Color e-reader. No surprise there. The new e-reader editions will be available toward the end of August. 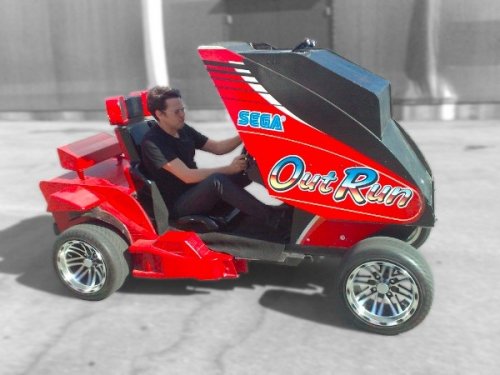 Hertz outfitted the system with cameras and customized software that can see in front of the car to automatically reproduce the route on the screen. The map is displayed in the same 8-bit rendering as the original OutRun, with perspectives changing with the steering. It only hits 13 mph, but it’s awesome even at that speed. 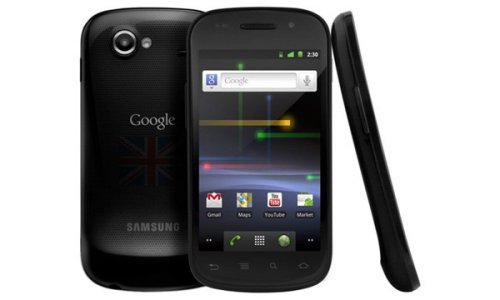 Have you been on the fence about getting a Nexus S? Well, Best Buy has announced that starting last night (August 2nd) at midnight it will begin offering the Google Nexus S for free. You’ll still have to have a two-year agreement with AT&T, Sprint, or T-Mobile, but it beats full price.

Better hurry because if you wait a day later the price will jump back up. We imagine Best Buy will be very busy today with this news. 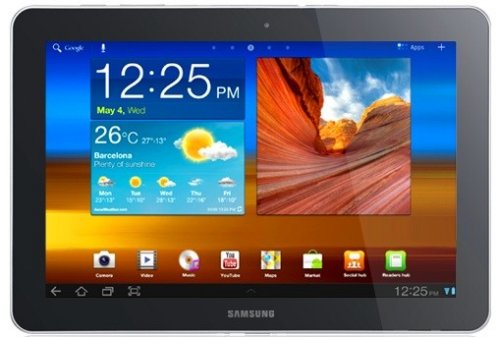 Today students have many more tools at their disposal for research and studying. For example Samsung will be offering 1,000 Galaxy Tab 10.1 units to 1,000 students at the University of South Mississippi. The tablets will be given to selected Honors College, McNair Scholars, Southern Style and Gulf Coast students, and the goal is to give students and educators mobile access to their courses, textbooks, grades and schedules.

It will be interesting to see if grades improve after they receive the tablets or if it just means more playing of Angry Birds.

Fans of the Diablo franchise from Blizzard have been waiting for Diablo III. Now some details on the game surfaced and gamers are not happy about them. For one thing the game will require a constant internet connection and there is no offline mode.

Yep, you can only play online. But it gets worse. Blizzard has specifically disallowed game mods and bots. This is one of the main reasons people play the game. The final nail in the coffin is that all of the items in the online auction houses will be sold for real world money. No farming for gold and making loot by killing enemies. It’s like this title has just committed suicide. Anyone 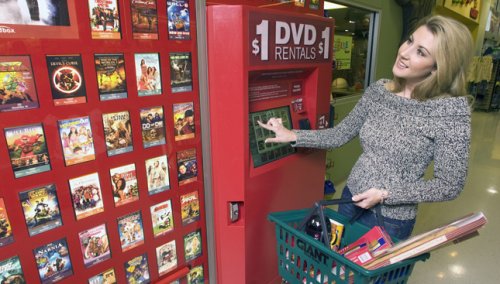 Redbox has announced that it will add video game rentals to an additional 5,000 kiosks starting August 1st. The company announced last month that game titles for the Xbox 360, Sony PlayStation and Nintendo Wii would be added to 16,000 more redbox kiosks by the end of June, and the total after this next round of additions will approach 27,000.

Redbox owns and operates about 33,000 rental kiosks around the country, and the company did not indicate if or when video games might be added to the remaining 6,000 kiosks that will not have them. All games carried in redbox kiosks are $2 per night. 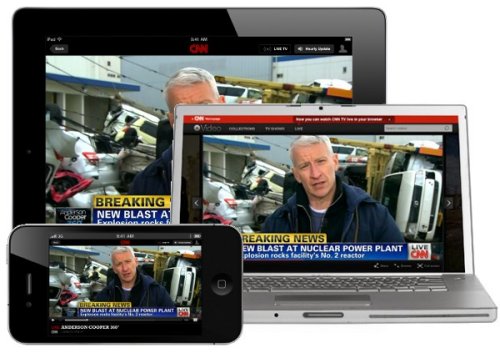 News Junkies will love this news. CNN is finally returning to streaming and is offering live feeds of CNN and HLN, online and through iOS apps. Sounds great right?

It does, but you’ll need to have a pay TV subscription through AT&T, Comcast, Cox, DISH Network, Suddenlink or Verizon to access those streams. Nothing for Android users right now however, but we imagine they will take care of that soon.