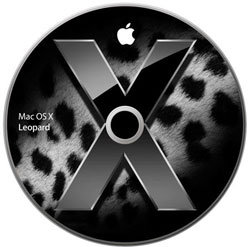 Today marks the launch of Apple’s new Leopard operating system, the tenth iteration of the software. Loyal Apple users took it on the chin when Leopard was delayed from its June launch until October to allow Apple to have the time to focus on launching its iPhone. For $129 you get over 300 new features for your desktop experience such as Time Machine (back up your computer’s contents automatically), Boot Camp (turn your Apple into a PC), a revamped menu bar that allows you to stack icons or folders, stronger encryption and firewall protection including something called Sandboxing which makes it harder for any hacker to remotely control your machine, enhanced wireless capture of images and many more doodads.

Reviews of the new Leopard are generally favorable. The Wall Street Journal software expert said “Leopard isn’t a must-have for current Mac owners, but it adds a lot of value,” while The New York Times sums up their review by saying “This Leopard has more than 300 new spots — and most of them are bright ones.” The bottom line seems to be that while Leopard isn’t a must-have for what it does offer it’s worth dropping your cash for. 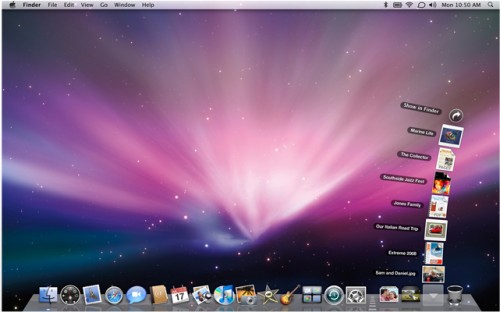 It’s official; Apple’s Mac OS 10.5 Leopard is now available for pre-order through the Apple Store and will ship and be available in stores next Friday, October 26 at 6pm. Leopard is boasting over 300 new features in the OS including Time Machine for backups, a new Finder for browsing and sharing files, Spaces for navigating between multiple applications, Quick Look so you don’t have to open an application just to peak at a file, improved chatting and mail applications and a cool dock with Stacks as you can see in the photo here. The new OS also has parental controls to help children safely surf and communicate and the Safari 3 web browser. 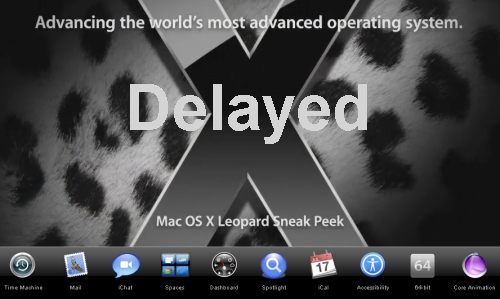 Apple’s new version of the Mac OS X named Leopard which was targeted for early June has been delayed according to the company in order to focus its resources and efforts on the iPhone instead. The company announced on Thursday that they plan to “borrow some key software engineering and QA resources” from the Leopard OS team.

Apple does however plan to have some beta versions of the OS available in June at the Worldwide Developers Conference. The final release of Leopard has been delayed about 4 months and will now not be available until October. According to Jobs, Apple’s CEO, the new version will have a number of cool new features including a comprehensive backup system called the Time Machine and some “secret” stuff that would be shared closer to the production release.

This delay is a little … 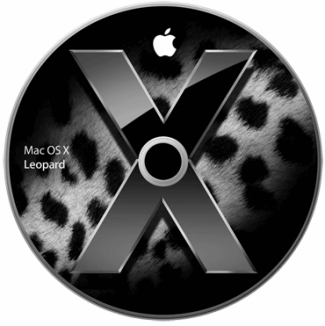 Rumors are swishing around the grape vine (having originated on the Think Secret rumor website) that Apple may be hatching a secret plan to release its next iteration of Mac OS X, Leopard, in June.

Now before you go throwing a bucket of cold water on the story, you do remember that the iPhone is slated to debut in June, possibly even June 11. Apple CEO Steve Jobs told attendees at last year’s Worldwide Developers Conference that Leopard would be on store shelves in the spring of 2007, and summer does fall on June 21. If a mid-June rollout is in the cards for Leopard that doesn’t give much time for Apple to get the word out and start building some hype before the iPhone steals all of the attention.

Apple hasn’t confirmed all of the features that Leopard will have, but we …