Posted in KEF,Speakers by Nino Marchetti on October 19th, 2007 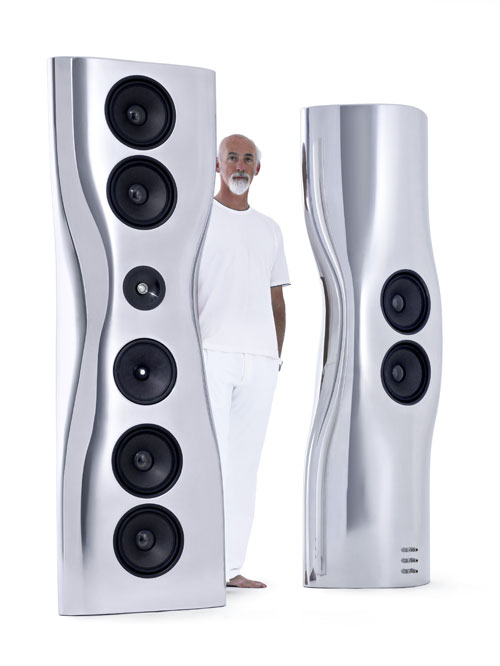 Have a $140,000 in coins under your sofa lying around you need to spend? Are you a big audiophile? If so the money and audio paths can converge with the massive new and pricey KEF MUON loudspeakers unveiled here in the United States this week.

The KEF MUON, as you can see from the photo, are quite tall at nearly seven feet. Only 100 have been made. Each pair is designed from super-formed aluminum, creating what is described as “a careful convergence between Ross Lovegrove’s design aesthetics and the physics of sound.” A four-way speaker system is mounted to the front, offering what we have to imagine is a kick ass sound. There’s also two additional bass drivers on the back of the speakers.