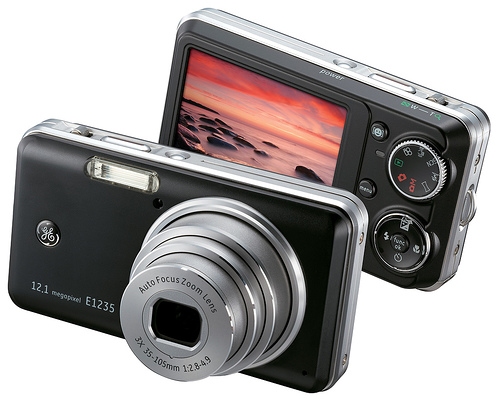 Now that General Imaging has a year under its belt the company is more than doubling the lineup of digital cameras offering nine new models this year at PMA 2008. This brings the total count to 15 giving more options in features and pricing with the familiar GE branding.

All the new models being launched this year house some handy features for the novice shooter. Smile detection is something that will come standard, pausing just a moment after pressing the button until it recognizes some smiles, provided those that you are shooting at practice some modern oral hygiene. Since the cameras can’t predict a blink and stopping people from blinking makes the photos look a little less life-like, there is also an included feature that will alert the operator after the photo’s been taken of any subjects with their eyes closed. Face detection, the ability to “stitch” together photos for panoramic pictures inside the camera and red-eye removal all goes without saying, as well.