Posted in Card Readers,FireWire,USB by Darrin Olson on January 14th, 2008 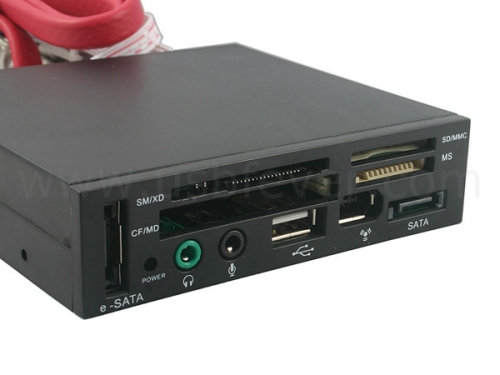 Take a look at this card reader from USBFever that says it will handel up to 62 different types of memory cards and connections. I’m not sure what those 62 types are and the product page doesn’t even list them but you can feel pretty confident that it will take just about whatever you got. We do see support for CF, SD/MMC, MemoryStick and xD at the least.

Aside from being just a card reader, the gadget also works as a hub for a single connection for each of USB, Fireware, SATA, e-SATA, headphones and a microphone. All of this is conveniently built into a box that fits in your internal 3.5″ drive bay on your computer so you don’t have to have yet another device taking up space on your desk and another USB port. 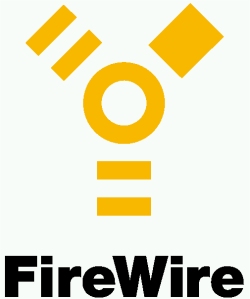 We heard about USB planning to increase its speed by 10 fold back in September with USB 3.0 specs complete by mid-2008, but FireWire apparently had no intention of sitting back and being outdone. The 1394 Trade Association announced last week a new specification for FireWire that uses the same connections and cables but promises 4 times the speed of the current FireWire bringing potential speeds of up to 3.2 Gbps.

The new spec called S3200 will used 100% of its bit rate as payload and none as overhead bringing the payload speed up to 400 megabytes per second compared to 90 megabytes per second in the current FireWire 800. The new S3200 spec will also be backwards compatible with existing FireWire devices and will offer cable configurations to bring data and power over 300 feet. It also will maintain its peer-to-peer architecture to connect devices with or without a computer. 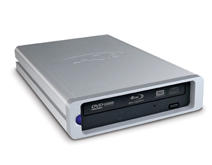 LaCie announced the release of its new external Blu-ray capable DVD Burner. Named the “LaCie d2 Blu-ray Drive,” it supports external connection via either USB or FireWire. LaCie made the announcement at CES 2007. The company is claiming that the d2 is one of the first of its kind.

The d2 is capable of writing 25GB of data to a normal Blu-ray disk and 50GB of data to a dual layer disk. There is also built in capabilities to burn DVD’s and CD’s. Burning speeds for Blu-ray are 2x, normal DVD at 8x, CD-R at 24x and CD-RW’s at 16x.

The unit is compatible with either Mac OS X or Windows XP. Support for Vista hasn’t been announced at this time. 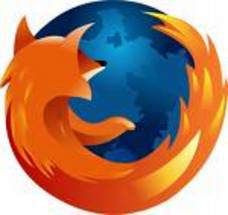 Not long after the release of the new MS IE, this week Mozilla released Firefox 2.0, which is the next major version of its Web browser with increased security enhancements and a number of new features having the intentions of making Web browsing a little bit more fun and a lot more intuitive. If you have been a frequent user of Firefox, the changes on the surface may not be too astonoshing, but there are some that are worth mentioning.

One of the key features included in the Firefox 2.0 web browser is Tabbed browsing, which is a component that Mozilla originally created and is now available on IE7 which allows a user to quickly switch between multiple differnt Web sites within the same program window intead of having multiple instances of the browser open. The red ‘X’ to close each web site …