Posted in PCs,Suissa by Darrin Olson on September 28th, 2007 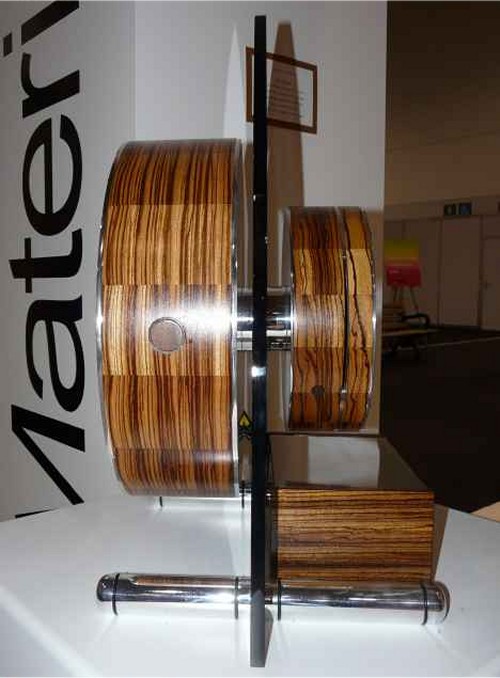 Suissa, a company known for making natural wood encased luxury computers and components, has released its latest work called the Suissa Enlighten which has been under wraps until now. They company unveiled the modularized PC for the first time Thursday at IIDEX, showing off an expected quality wood frame in an unexpected, multiple piece design.

According to Howard Suissa, the designer of the Suissa line up, the Enlighten computer was created in an artsy fashion to separate the the parts of the computer that are interfaced by users such as the DVD drive and power button, from the parts that most users don’t often interface such as the processor, memory, video cards, etc. 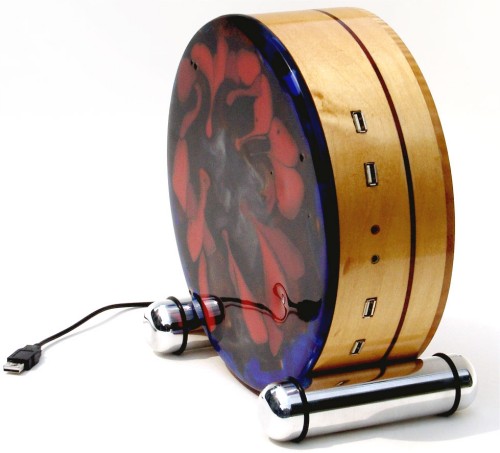 It seems like lately we’ve been seeing more and more gadgets being made out of wood; adding to the list is the Shadow external hard drive from Suissa Computers. The Shadow comes in a round wooden enclosure made from Maple in three different styles called the Silver, Natural and the Shadow Glass shown here.

Each enclosure contains a USB 2.0 connection to a 750GB hard drive housed inside. The box also has 4 USB ports and jacks for audio out and a microphone. The Suissa Shadow drives are designed to give you a functional external hard drive that breaks the mold of standard metal and plastic enclosures along with additional convenient ports that you can access within arms reach (since you will likely have this art-like piece sitting on your desk). The Shadow Glass pictured here has a glass-top finish and …