Posted in Sirius by Shane McGlaun on July 7th, 2009

Anyone who owns an iPhone will tell you the best thing about the device is the App Store and the slew of free and paid games and applications available to add to the iPhone experience. The App Store has been so successful that most every other smartphone maker is now offering its own application store.

Sirius XM Satellite Radio has announced that its iPhone App is now the top free app in the music category. The app has been downloaded 1 million times in the two weeks since it was available starting on June 18.

Sirius XM recently just barely avoided bankruptcy and so they are on the hunt for profits once more and hoping to regain interest from consumers. CFO David Frear has confirmed that the company is developing an iPhone and iPod touch app.

This could get interesting. We will have to see how pricing works with this app. Perhaps users can get an iPhone subscription only. Or maybe it will be a part of standard subscriptions. The app should launch in the second quarter of the year.

Liberty Media has just rescued Sirius XM from bankruptcy, with a $530 million parachute that it will use to pay off debt and keep operations going. Liberty is writing a $280 million check asap, $171 million of which will go straight to debts.

They will also get $250 million more in funding to help with a potential takeover of Sirius by DISH Network. In return, Liberty Media will own 12.5 million shares of preferred stock in Sirius XM. With so much money flying around, it’s amazing that we can be in a recession. 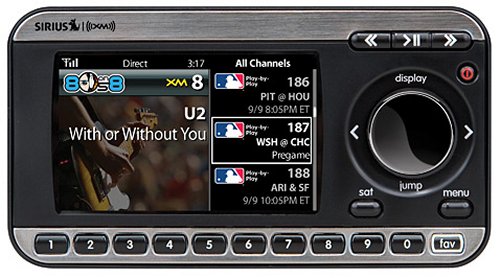 Sirius XM has merged some of its channels and at CES they’ve rolled out their very first interoperable satellite radio: the MiRGE (Get it?, Sirius XM…Merge). It will let you switch between Sirius and XM signals easily and the radio will also display three other channels as you view your current channel.

You’ll even be able to pause and rewind up to 60 minutes of live programming. XM Sirius has also rolled out a new “Sirius Everything plus XM Everything” package for the radio, which will cost you $19.99 a month. Apparently it gives you everything you’d get when you subscribe to the two separate services.

Images of an upcoming Sirius Boombox, the SUB-X2, were leaked on Monday. It obviously resembles the SUB-X1 boombox, with a front-panel headphone jack, auxiliary input that will allow users to plug in their personal MP3 players and non universal docking Sirius radios. We can also expect some other refinements with the X2. There isn’t any info on features, but it should retail for about $100. 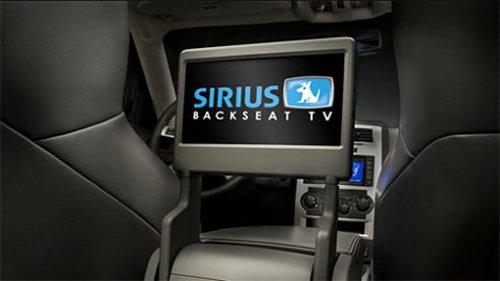 For those of you who have rugrats in the backseat and need something to occupy their minds in order to quiet their mouths, here’s some good news. Sirius’ Backseat TV system has now started shipping from select Sirius retailers. It’s compatible with most of the aftermarket or factory-installed video monitors, and has an integrated FM transmitter/AUX output to provide audio.

With multi-zone operation available, you can now entertain your kids with some cartoons, giving your aching ears a break while you enjoy some music up front with Sirius Satellite Radio. The Sirius Backseat TV SCV1 will cost you $299.99.

Polk Audio introduced today a standalone component tuner for lovers of Sirius Satellite Radio. The new SR-H1000 is priced at around $350 and should be available now.

The Polk SR-H1000 is designed to fit easily into one’s existing audio component system. It can store up to 44 minutes of Sirius audio for later playback, lets you display channel and song information on an external monitor and offers optical digital output so sound quality can be at its best. There’s also an on-board digital to analog converter to assist in better sound performance. 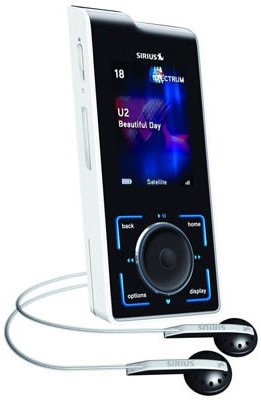 Sirius Radio has announced the release of the Stiletto 2 portable satellite radio receiver/media player. The latest portable radio from Sirius features a rechargeable battery giving up to 4 hours of satellite radio listening time or 20 hours of MP3 playback. The gadget can also stream Sirius radio content from any WiFi hotspot for up to 10 hours of playback.

The Stiletto 2 also features something called SIRIUS Replay which records up to 60 rolling minutes of live radio allowing users to pause, rewind and replay the recorded content. 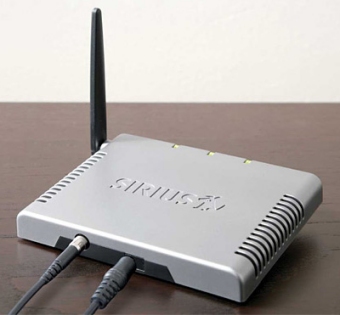 This Echo Home Repeater system from Sirius is made to improve the quality of the Sirius satellite radio signal inside your home where you might not be able to get the best signal. It kit comes with an external antenna to mount outside your home to pick up the signal, and then the repeater base that sits inside you home.

The obvious advantage of this is that you can pick up better satellite radio signals inside your house, but in addition if you have multiple radios you aren’t installing a separate antenna for each on the outside of your home. Multiple internal repeaters can work off the signal from a single external antenna. 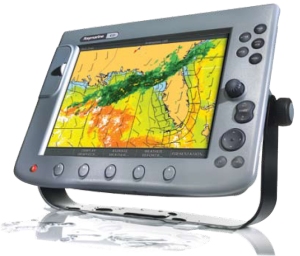 The satellite weather service was introduced last year for Raymarine’s line of E-Series of displays and is now available to C-Series and E-Series lines of multifunction displays. The receiver will give you access to WSI NOWRad weather radar, storm tracks, sea surface temperature, wind, surface pressure, wave heights, lightning and much more.

Captains can view SIRIUS weather forecasts in a full screen or in a window alongside radar, chartplotter and fishfinder functions. In addition to weather you can access over 130 channels of SIRIUS Satellite Radio directly from your C-Series display and connect the SR50 to onboard stereo systems.

The service will be available in the continental U.S. starting in April 2007. With the recent merger of … 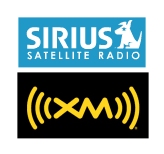 The terms of the agreement state that XM shareholders will receive a fixed exchange ratio of 4.6 shares of SIRIUS common stock for each share of XM they own. XM and SIRIUS shareholders will each own approximately 50 percent of the new company.

The merger is expected to provide greater programming and content choices for subscribers as well as accelerated technological innovations. Subscribers will now have ready access to entertainers such as Oprah Winfrey and shock-jock Howard Stern.

The name newly merged company and the location of its headquarters has not been disclosed. Media executive Mel Karmazin, the current Sirius CEO, will lead the new company as CEO, while Gary Parsons, now chairman of XM, will …