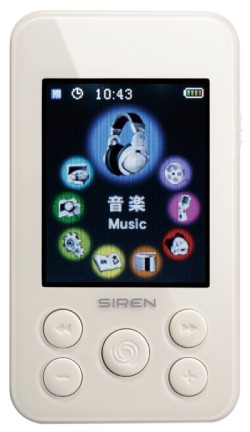 iRiver has recently launched another new player through their recently acquired Siren brand of products. September brought their first with the DP250 and now they have released a slightly higher-end sibling called the Siren DP350. Unfortunately these Siren units are only retailing in Japanl.

The DP350 features a 1.8-inch LCD and uses it to show MPEG-4 video and still photos. It also supports audio of MP3, WMA, AAC and OGG. It also houses an FM tuner and direct in-line recording. An internal battery brings it 18 hours of music playback or 5 hours of video playback. It measures only 73.2×41×14.6mm which is a little smaller than a standard deck of cards and appears to have a pretty nice graphical interface navigated by buttons below the screen. 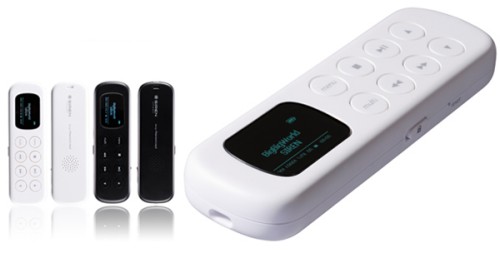 iRiver has announced the launch of the DP250, its first MP3 player through recently acquired Siren. The player is branded as a Siren product but definitely has taken on the iRiver look. The Siren DP250 is a somewhat smaller MP3 player measuring 102mm x 30.5mm x 12.7mm. The DAP will launch in Japan September 7 in 1GB and 2GB capacities for $85 and $120, respectively.