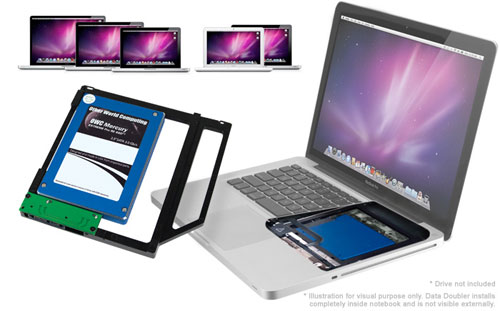 I have become used to working with a netbook and don’t miss my optical drive for the most part when I am on the road. If you are the same way and would rather see more storage in place of your optical drive and you use a MacBook OWC can hook you up.

OWC has unveiled the Data Doubler, which is an optical to SATA HDD converter bracket selling for $79.99. The bracket kit will work with any HDD or SSD up to 9.5mm tall. 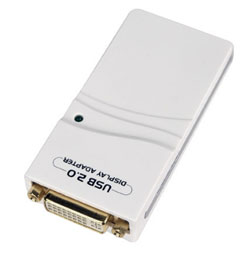 Mac users are a tight group for the most part that is so proud of their hardware and software that many become rather militant towards criticism of Apple. One of the things that can be said about Mac computers is that there is much less support for upgrading Macs than there is for upgrading Windows computers.

If a PC user wants to add a second monitor to their computer and they need a new video card Walmart, Best Buy and a bevy of other sources sell video cards for little cash. The Mac user on the other hand has significantly less options. Mac supporting firm OWC has announced a new USB video adapter that works with both Mac and Windows machines.