Posted in NAVIGON by Shane McGlaun on January 8th, 2010

One of the things that I like about the iPhone is that I don’t need a GPS device, music player, or MID — the iPhone does it all. There are other devices on the market that have GPS functionality built-in and the ability to use a smartphone as a navigation device is a popular feature with many consumers.

Navigon has had a navigation app for the iPhone out for a while now and at CES, the company has announced that it has onboard navigation apps coming for phones on the Android platform and those running Windows Mobile. 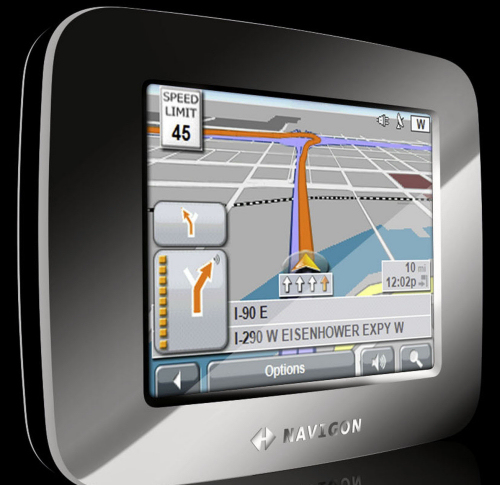 NAVIGON, a long time provider of navigation software, has unveiled a consumer facing GPS device of their own to go along with their software product offering.

Today, NAVIGON has announced the release of the NAVIGON 7100 (pictured here) and the NAVIGON 5100, two sleek looking personal navigation GPS devices that of course include the NAVIGON navigation software along with some additional “Wow” features, according the NAVIGON.

“We’ve been in the business of making navigation software for the better part of two decades and believed that we were in a powerful position to take the category to a higher level,” says NAVIGON General Manager, Andreas Hecht. “Every detail of these systems — from hardware to software to content — was designed to bring something new and compelling to the category.”