Posted in Comcast by Conner Flynn on August 9th, 2010

In an effort to unsettle Netflix, Blockbuster and Comcast have teamed up to offer their new service, which is called DVDs By Mail. This is basically a discounted Blockbuster Online subscription for Comcast customers.

The site’s only advantage is discounted pricing for existing Comcast subscribers with a Double or Triple Play package. If you log in to your Comcast account it looks like you will be greeted with a dollar off Blockbuster’s most basic, one disc at a time plan ($7.99 versus $8.99). All other options are priced as they would be for a non-Comcast customer.

END_OF_DOCUMENT_TOKEN_TO_BE_REPLACED
Permalink | Comments (1) |
Posted in Comcast by Conner Flynn on May 13th, 2010

Here’s Comcast CEO Brian Roberts demonstrating Xfinity Remote, a super nice iPad application that lets you control your cable box. It takes the set-top box interface and turns it into an easy-to-use iPad app that features an interface with a keyboard.

TiVo really should have done something like this. You can change channels, program recordings, search the schedule and select a pay-per-view program, all on the browser-based iPad app. Awesome.

The holiday season is the time when many people get new HDTVs and other gear for their home theater. This year there were some raging steals on HDTVs thanks to low prices and holiday specials. Comcast has announced the results of an independent study by Leichtman Research Group about the HDTV market.

According to the study by the end of 2009 almost 50% of the homes in America will have an HDTV. That is a lot of TVs and this year there is another thing coming soon to push people to buy HDTVs. The winter Olympics will be kicking off soon.

Comcast has announced its buyout of NBC and there are some interesting details. Comcast now owns 51 percent of NBC-Universal compared to GE’s 49 percent and so will manage the entity. But what you really want to know is what is going to happen with HULU right?

When asked about TV Everywhere and Hulu, Comcast COO Steve Burke says that “NBC has been careful not to put too much cable content on the Internet. We think that’s a smart strategy… We think that going forward, you’re going to continue to have free broadcast stuff on Hulu, and cable stuff on TV Everywhere.”

Comcast has announced that it will be offering a couple of new Internet access plans in the Bay Area that are incredibly fast. The connectivity is via Comcast’s next generation DOCSIS 3.0 network and the top speed offering will be a package with up to 50Mbps of bandwidth.

The best news is that Comcast is doubling the speed at no additional cost to users of the service. The service will begin in Silicon Valley, Tri-Valley, and Monterey and then roll out to San Francisco, Oakland, and other Bay Area cities later this year. 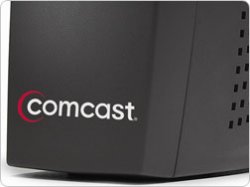 Comcast giving something away for free? They’re thinking about it, performing Wi-Fi hot spot trials near NJ Transit rail stations to grant subscribers access to the Internet on their mobile devices. This, according to a DSLReports post. The service in the Wi-Fi Hot Zones requires that subscribers sign in using their Comcast.net usernames and passwords.

Comcast confirmed the trials, and says it is gauging user interest. They may offer it as an added-value service to high-speed Internet customers. No word on when or if Comcast will launch the hot-spot service, but the trial is reportedly running until December. Judging by the length of the trial, some think Comcast is gearing up for a much larger hot-spot service. 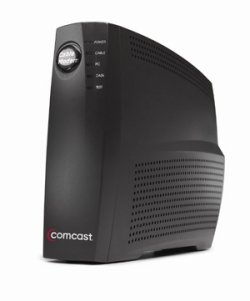 If you’re a Comcast subscriber, here’s some good news for once. The company just announced today that they will be offering new higher-speed options. The upgrade to their DOCSIS 3.0 service will give you 22Mbps and 50Mbps download speeds with 5Mbps and 10Mbps upload speeds. Even the standard tiers have been upgraded.

For those of you who haven’t jumped on the Wii bandwagon yet and don’t have Comcast, The Consumerist found out about a new deal in the works by Comcast where they will be giving away Wiis to new subscribers. The deal is apparently good from July 28 to August 17 in the Miami, SF, Houston, Denver, Chicago, Philly, Boston Detroit and other areas.

It’s a limited supply kind of thing so if you want a Wii and want to change over to Comcast, call them on July 28 and ask about it. We’ll probably begin seeing the ads soon. I can’t help but wonder though, if they will promise more Wiis then then have and start a fuss about some kind of Comcast/Wii shortage. 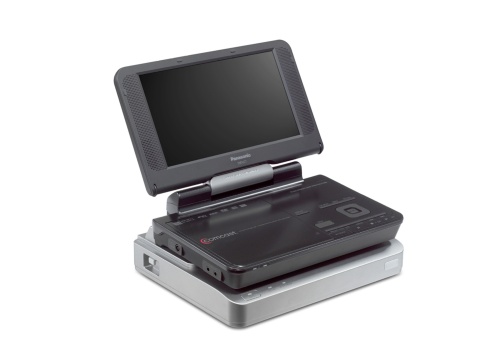 Panasonic and Comcast are tag teaming to bring Comcast customers a portable DVR so they can record programming at home and take it with them wherever they go. The Panasonic AnyPlay P-DVR Model TZ-LC100 will be available beginning in early 2009 and is being showcased at CES. 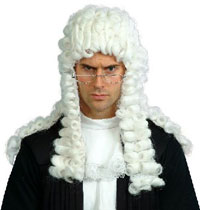 What do AT&T, Apple, Comcast, Cablevision and eBay all have in common? They are all being sued today by Klausner Technologies over visual voicemail patents the company says it owns and which it feels these well known, other companies have not yet requested a patent license for.

The suits were filed by the company which “was founded by Judah Klausner, the inventor of the PDA and electronic organizer.” Klausner Technologies says Cablevision’s Optimum Voicemail, Comcast’s Digital Voice Voicemail, eBay’s Skype Voicemail and AT&T/Apple’s iPhone Visual Voicemail services all violate patents it holds which allow “users to selectively retrieve and listen to voice messages via message inbox displays.”