Posted in 3D Printing,Security by Darrin Olson on September 2nd, 2014 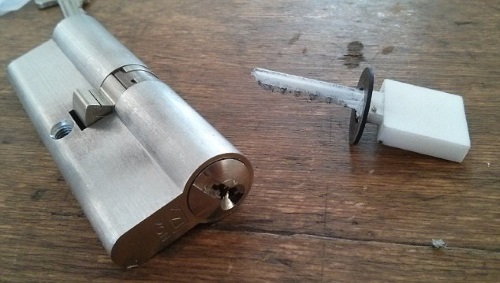 Some German engineers have revealed designs for 3D printing a “bump key” that they say can be used to break into common tumbler style locks. According to the engineers, using nothing but a photo of the lock and some software called Photobump, a working key can be created.

Bump keys are not anything really new, but the ability to produce a lock-specific bump key through 3D printing from a picture of a lock, well that’s pretty new. A bump key basically uses some force and some jarring of the lock to move the small pins in the tumbler into the correct position so that the lock will turn.

Check out the video below: